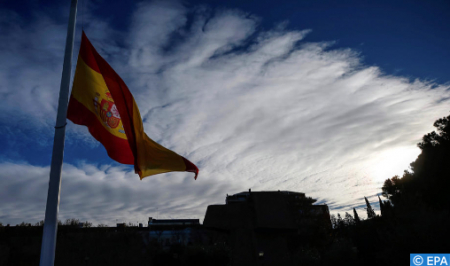 Spanish government decision to host secretly and under a false identity, the leader of the Polisario militias, the man named Brahim Ghali, is an “unprecedented political error” in the history of Spain, Spanish journalist and writer Fermin Bocos said. “There is no precedent in the history of Spanish diplomacy of a political error such as the one committed by Gonzalez Laya, Minister of Foreign Affairs, who, by protecting and justifying the hosting in Spain of Brahim Ghali, leader of the Polisario Front, has provoked an acute political crisis with Morocco,” Bocos wrote in an article published Tuesday in several Spanish media outlets including the agency “Europapress” under the title “A School Lesson.” Author of several books and former journalist at the radio “Cadena Ser” and the Spanish television (TVE), Bocos highlighted the “lack of experience” of the Spanish diplomacy to manage a crisis in a context of “complex geopolitical realities in the Maghreb”, stating that Spain “has been misled by Algeria, a country with a long history of adversity towards its Moroccan neighbors.” What was the Minister of Foreign Affairs, Arancha Gonzalez Laya objective when she facilitated the arrival in Spain of a person who declared open war on Morocco? The minister has not taken into consideration the political dimension of the decision of the United States to recognize the sovereignty of Morocco over the Sahara? he wondered. The Spanish journalist criticized the government of Pedro Sanchez for conducting “such a risky diplomatic exercise with predictable political reactions.”