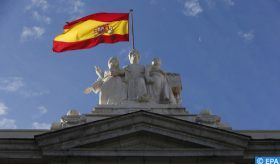 The Spanish government should show “courage and clarity” in the handling of the case of the so-called Brahim Ghali, leader of the polisario militias, who must answer for his actions in front of justice, says, Tuesday, the Spanish electronic newspaper “El Imparcial”. “The Spanish government can no longer remain in the dark about the seriousness of the diplomatic conflict” with Morocco after the “clumsy decision to secretly host the leader of the polisario with a false passport,” writes the Spanish website in an article under the title “The government hides the total breakdown of relations with Morocco”. “The Spanish government still does not assume the seriousness of the diplomatic crisis with Morocco,” says the Spanish portal, noting that “it is time that Pedro Sánchez takes the situation in hand and tries to restore bilateral relations with our southern neighbor”. After the decision to host the so-called Brahim Ghali on the sly, “the responsibility lies with our government to put in place a successful diplomatic action plan to restore relations now almost broken,” says “El Imparcial. To start, the publication stresses, Spain should face this crisis with “courage and clarity” to rectify a situation caused by its decision to host an individual prosecuted by the judiciary, insisting that the so-called Brahim Ghali must appear before the judge of the Supreme Court of Spain to answer the serious charges against him.