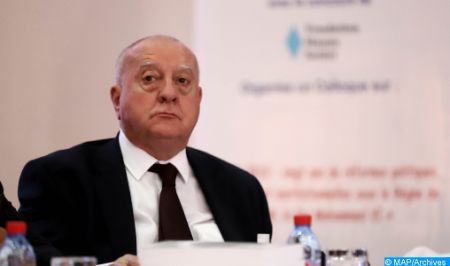 The artificial conflict over the Moroccan Sahara is a destabilizing factor in the region, for which Algeria is primarily responsible, said Charles Saint-Prot, director general of the Observatory of Geopolitical Studies (OEG). “Everyone knows that the conflict was instrumentalized in 1975 by Algeria and the communist bloc. They manipulated a small leftist movement (the polisario) that became a puppet of Algiers and fueled the conflict by devoting extraordinary sums to anti-Moroccan propaganda, while the Algerian people lack everything,” said the director of the OEG, a research center in geopolitics and international relations, based in Paris. This instrumentalization is also reflected in “considerable expenditure on lobbying costs, in the United States or within the European Union,” noted Charles Saint-Prot, in an article entitled “The conflict over the Moroccan Sahara: a remnant of the Cold War,” published by “France Forum,” a quarterly journal of the Jean Lecanuet Institute. According to the French expert, “today, this conflict is a serious destabilizing factor in the region, especially since it is known that the polisario militia has links with terrorist groups such as Aqim or Hezbollah. And, “the situation of the several thousand people held in the Tindouf camps in Algeria makes things worse. In addition to the fact that these people suffer repeated violations of human rights by the polisario and the Algerian army, the deplorable living conditions expose them to the rise of terrorism”. For several years, UN resolutions have invited Algeria to discuss with Morocco, he recalled. “These resolutions show that Algeria is the main actor in a conflict that it artificially maintains,” said Charles Saint-Prot. For him, “the problem is not between Morocco and an imaginary people, it results from the aggression of Algeria towards its Moroccan neighbor and this, in violation of international law and the UN Charter”. However, he added, “the way out of the crisis exists”. In 2007, Morocco presented an initiative to the UN Secretary General to negotiate an autonomy status for the Sahara region. That same year, the UN Security Council welcomed the “serious and credible efforts made by Morocco to move towards a settlement”. Currently, said the French expert, “all objective observers and major States, starting with the United States and France, recognize that the autonomy plan, within the framework of the sovereignty of the kingdom and its national unity, is the only appropriate solution to end this remnant of the Cold War”.