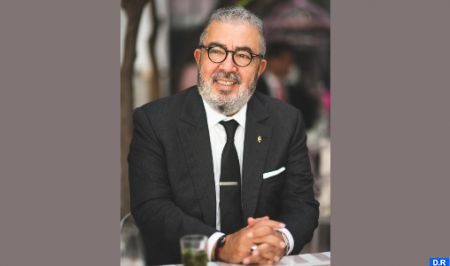 The usually respectable Spanish daily El Païs, in its May 26, 2021 edition, puts forward untruths concerning Morocco and highlights tendentious analyzes on the relationship between Morocco and Spain and between Morocco and the EU. Since one idea is worth another, and the debate is taking place at the level of pure and simple argumentation, we will recall some factual elements that will help with a better understanding of the problem. 1) As Nasser Bourita, Moroccan Foreign Minister, has stated explicitly, Morocco is neither the janitor nor the policeman of Europe when it comes to migration. What it does in this area is part of a structured partnership, well understood and respectful of each other’s sovereignty. 2) Highlighting the 300 millions that Morocco receives from the EU as part of its migration policy is downright pathetic. Morocco spends 5 to 10 times more to live up to its voluntary commitments and its African responsibilities. 3) To oppose the united EU to Morocco, in this case, is a poor fabrication to absolve Spain of its responsibilities by receiving a war criminal wanted by the Spanish justice system and a separatist at war against a partner. This fabrication is a simulation of unity since, on the whole, the EU does not agree on anything and very few common policies have really succeeded. The unprecedented and somewhat theatrical “virility” with which Sebta’s case was handled by the EU has, in addition to the comic side of the situation, the role of making people forget the “compromises” which marked the dealing with of the migration question on the eastern flank of the Union. 4) Believing that, faced with overheated migration, cyclical or occasional, the European emotional reaction of support for Spain, triggered in particular by a Spanish member of the European executive, Josep Borrell in this case, is a pass for the colonial character of the Spanish presence in Sebta and Mellilia is a childish mistake. No one in Europe seriously believes that the EU starts in Africa on Moroccan territory. 5) To minimize the strictly bilateral Spain-Morocco aspect of the crisis and the Spanish responsibility in it is to do a disservice to Spain’s strategic interests. Introducing a war criminal behind the back of a strategic partner has consequences. To solve this problem, it is necessary that the Spanish rule of law expresses itself and that justice is done. Otherwise it is a return to square one, that of the multifaceted crisis. 6) The legitimacy of the Moroccan position on its territorial sovereignty is admitted in Europe in particular by France. Wanting to use this crisis to sow discord between France and Morocco, as the newspaper El Païs awkwardly suggests, is ridiculous. What is true, however, is that if this crisis continues without a credible, readable and convincing solution, it is France that will reap the benefits and regain its natural place in the Moroccan economy. This would be the greatest historical “achievement” of the Sanchez government in the light of this crisis. 7) The fragility of the government of Pedro Sanchez, whose days are logically numbered, is consubstantial with his government alliance: Podemos, an extreme left party, and two separatist parties, are among the constitutive elements of this crisis. He is neither too strong to keep at bay the declining generals of Algiers whom are hated by their people, – in the Ghali case, Pedro Sanchez agreed to be swindled by them – nor too brave to explain to a strategic partner, while looking it in the eye, that he is betraying him in the most disloyal way. The Spanish deep state – it exists despite the country’s recent democratic varnish -, the experienced political and parliamentary class as well as the economic circles refuse the amateurism of the Pedro Sanchez Government which deprives their country of its natural strategic depth, it permanently undermines the real interests of Spain, and creates anarchy in the western Mediterranean. Only a rapid changeover, which will not be long to come, in power built on early legislative elections can extinguish this strategic fire started by irresponsible amateurs.