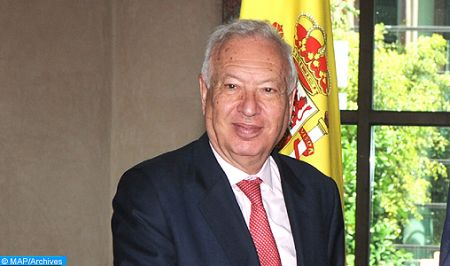 Spain is called upon to rethink its position on the Sahara issue in the new geopolitical context marked by the decision of the United States to recognize the sovereignty of Morocco over the southern provinces, former Spanish Minister of Foreign Affairs Jose Manuel Garcia Margallo said. The Spanish government has ignored the changing international context following the U.S. decision, Margallo explained on Tuesday during a radio program on ”Capital Radio”. He highlighted Rabat and Washington’s special relationship as the Kingdom was the first country to recognize the United States of America. He also warned against the risks of creating a pseudo-state in the region, adding that when he was head of Spanish diplomacy he dealt with the consequences of a “terrorist attack” in the camps of Tindouf that resulted in the kidnapping of two Spanish and one Italian cooperators. The international geopolitical context has changed and the government of Pedro Sanchez does not seem to be drawing lessons from these changes, he said, adding that the term “referendum of self-determination” has disappeared from the resolutions of the UN Security Council since 2003. In addition, Morocco has regained its place in the African Union and several Arab and African countries have opened consulates in the cities of Dakhla and Laayoune, while others are planning to do so, he recalled. “When circumstances change, we must change. We have to adapt to the new context. It is a problem we have to solve,” Margallo concluded.