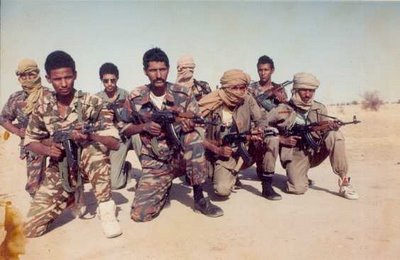 Anything except dissidence. The Polisario separatist front leadership can tolerate anything except dissidence. Polisario does not spare any effort to thwart this phenomena which it considers as a time bomb. To face it, the Front leaders usually use old dissuasive methods, inspired from the KGB, such as the blackmail which they practice with families through the internment of their children and the forced enlistment in the “military service” to oblige them not to leave the Tindouf camps. At the time when the 7th round of informal negotiations about the Sahara is starting in the New York suburbs (5 to 7th June), the news of the creation in Spain, of a dissident Sahrawi coordination, comes like a knife in the heart of the separatist movement leadership.
The 4th June, we came to know about the creation of “a general coordination of the Polisario front opponents”. The founders of this coordination is a group of Sahrawi executives living abroad who explain their decision by “the incapacity of the Polisario leaders to handle the Sahara issue”. The Polisario leaders, at their head their chief Mohamed Abdelaziz, specify these executives, are worried about their own interests and profits which they earn from the humanitarian aids misappropriation rather than by the suffering, the restricted liberties and the needs of the populations sequestrated in Tindouf camps.

It concerns also, they add, the spontaneous reaction against the bad management inside the Polisario leadership which has contributed to the degradation of  life conditions of the Sahrawis in Tindouf camps.
For the new Coordination, the Polisario is not the unique representative of the Sahrawis, as it stated in a press release, the serious attachment of the opposition to the process protesting against the Polisario Front and the revelation of its practices aiming at perpetuating the present situation and continuing the exploitation of the Sahrawis’ suffering”. The responsibility of the dreadful and inhuman conditions in which are living the Sahrawis in Tindouf is attributable to the Polisario leadership and the Algerian authority which closes its eyes in front of these repeated human life violations.
The choice to announce the creation of this new organization dissident to the Polisario is very significant. It happens, according to the members of this coordination, after many meetings and consultations with all the Sahrawi fringes, held since the 27th May 2011 in Spain. This date, they say, was thus retained on purpose since it coincides with the holding of the 7th round of informal negotiations inaugurated in August 2009 in Austria. The founders of this coordination have thus wanted to draw the attention of the UNO and the international community about the deteriorating life conditions of thousands of sequestrated Sahrawis during more than 36 years in the Algerian desert, while Morocco opens all the doors to Sahrawis to join their homeland and put an end to their agony namely through its last proposal for a large autonomy.
In its release, the Coordination declares its « coming into force as a dissident movement » against the Polisario front movement and its « commitment in a peaceful structured opposition », containing all the Sahrawi populations fringes.