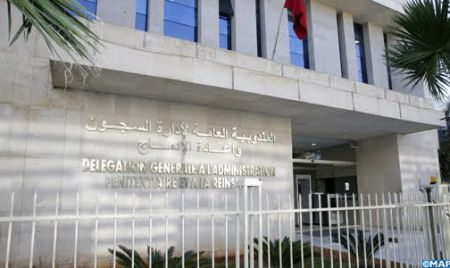 The General Delegation for Prison Administration and Reintegration (DGAPR) is organizing, from May 31 to November 6, the national caravan for the Moroccan Sahara in penitentiaries, under the theme “the national cause, a belonging and pride”. The DGAPR said in a press release that the organization of this caravan is part of its programs aimed at the rehabilitation of inmates, their reintegration into society and the reinforcement of their patriotic spirit. The caravan will be kicked off next Monday during a ceremony at the Oujda 2 local prison in the presence of the general delegate for prison administration and reintegration and several officials and actors of civil society. This caravan is part of the rehabilitation programs organized by the General Delegation to highlight the attachment of prisoners to the territorial integrity of the Kingdom, which is mirrored in their literary works and artistic creations, said Moulay Driss Aguelmam, director of Socio-cultural action and detainee reintegration at the DGAPR, quoted in the press release. He added that the DGAPR staff will be tasked with supervising the activities of this caravan, with the contribution of representatives of establishments, bodies and civil society associations, noting that “this event is meant to unite the inmates of the Kingdom’s prisons over the issue of territorial integrity.” The local Dakhla prison will host the closing ceremony of this caravan, which will coincide with the celebrations of the 46th anniversary of the glorious Green March, the source concluded.