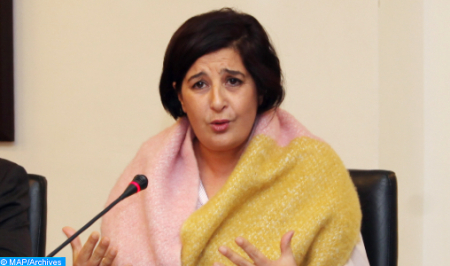 Morocco’s new development model, the general report of which was presented to HM King Mohammed VI on Tuesday, provides an “optimistic” vision on the Morocco of tomorrow that is “open to the world “, said the former Belgian-Moroccan senator Fatiha Saïdi. The report is “extremely realistic” and proposes “very good avenues” for development over the coming decades, Saïdi told MAP, noting that the document is timely given the social and economic repercussions of the Covid-19 crisis. “It is an excellent tool” which highlights important means capable of restoring citizens’ confidence and meeting their aspirations, said the former Belgian-Moroccan senator. This roadmap emphasizes the unifying aspect which is reflected by the involvement of all citizens and insists that everyone can serve the country and contribute to its development, she went on. “It is also a plea for creativity, unity and equity”, said Mrs. Saïdi, while insisting on the important contribution of skills abounding in Morocco to ensure the success of the new development model. She also welcomed the participatory approach adopted by the ad-hoc committee for the development model for the preparation of its report, through a wide consultation of Moroccan citizens.