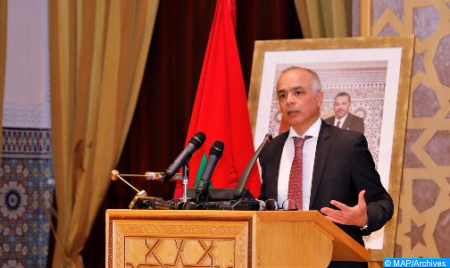 The president of the Ad-hoc Committee on the Development Model (CSMD) Chakib Benmoussa will present, Tuesday before the parliament, the general report on the new development model (NMD). According to the House of Representatives, this meeting, which will start at ten o’clock in the morning, will take place under the chairmanship of the speakers of the House of Representatives and of the House of Advisors, in the presence of the bodies of the two Houses of Parliament. HM King Mohammed VI chaired, last Tuesday at the Royal Palace of Fez, the presentation ceremony of the general report of the Ad-hoc Committee on the Development Model, and granted on this occasion an audience to Chakib Benmoussa, president of this Committee, who presented to the Sovereign a copy of the report.