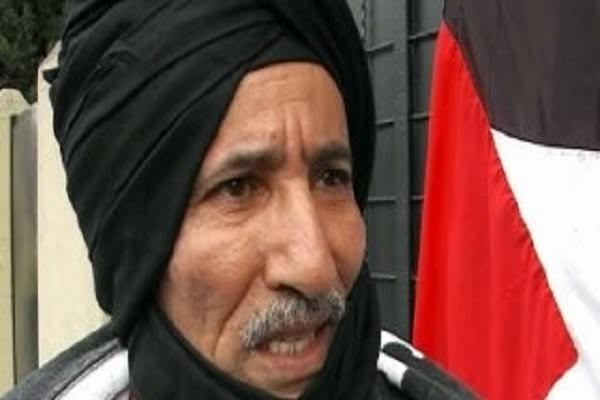 The leader of the Polisario militias, the so-called Brahim Ghali, prosecuted for serious genocide crimes, torture and terrorism, appeared on Tuesday by videoconference before Santiago Pedraz, judge of the National Court (the highest Spanish criminal court), according to judicial sources. Two major complaints were retained by the Spanish justice against the leader of the separatists of the Polisario, admitted since April 18 at a Spanish hospital in obscure conditions under a fake Algerian identity. The first complain relates to “torture” and was filed by Fadel Breica, who accuses the leader of the separatists of being responsible for his kidnapping during the period from June 18, 2019 to November 10 of the same year. The second one relates to “genocide”, “assassination”, “terrorism”, “crimes against humanity” and “kidnapping”, among others, and was made by the Sahrawi Association for the Defence of Human Rights (ASADEDH), which is based in Spain.  This convict is among the 28 members of the separatist group and senior Algerian government officials who were denounced by ASADEDH and other victims in August 2012. Several victims of this torturer, who had filed complaints against him, are now calling for his arrest and his trial. “The appearance today before the court of this war criminal who tortured and murdered hundreds of people is a victory for his victims who demand justice,” Breica told MAP. “The fact that the so-called Brahim Ghali, responsible for serious crimes for 50 years, is in the dock is a step forward towards the restoration of justice,” said Breica, adding that this appearance is only the start of a trial which will also include the other leaders of the separatist Polisario gang. “We have confidence in the independence of the Spanish judiciary, which will take the appropriate measures to hold this criminal accountable for his heinous acts,” he underlined. For the Spanish political scientist Pedro Ignacio Altamirano, victim of death threats made by Polisario militias and who also filed a complaint against the so-called Brahim Ghali, this appearance is only the beginning of a process “to do justice to the victims of a group terrorist involved in acts of genocide and torture.” This case should pave the way for the trial of the other criminals in the Polisario leadership who are responsible for the crimes committed against the dissidents, but also against the population living in the Tindouf camps in inhumane conditions, Altamirano told MAP. The appearance for the first time of the so-called Brahim Ghali before a court reveals the true face of the “Polisario” embodied by a chief torturer who has committed heinous crimes, terrorist acts, kidnappings and serious human rights violations. If it constitutes the prelude to a first recognition of the rights of victims and of the criminal and penal responsibility of this individual, it should nonetheless extend to those who are voiceless in the Tindouf camps or in the jails of the Polisario and who suffer the worst forms of torture and inhuman treatments.