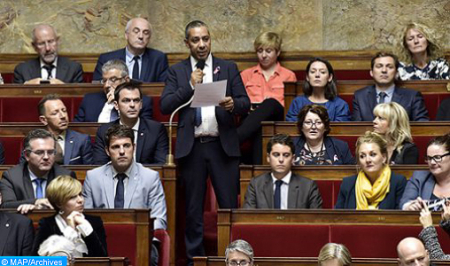 Morocco is a “key partner” for Europe and France in issues related to migration and the fight against terrorism, underlined the president of the France-Morocco inter-parliamentary friendship group at the National Assembly and Commissioner for Foreign Affairs, Mustapha Laabid. Regarding migration, Laabid “welcomed” the commitment of HM King Mohammed VI through Morocco’s recent decision to definitively settle the issue of unaccompanied Moroccan minors in an irregular situation in some European countries. In a statement to the MAP, the MP welcomed collaboration between France and the Moroccan authorities on the issue of unaccompanied minors, as shown by a mutual aid system set up in 2018. He recalled that a multidisciplinary team made up of Moroccan police officers, an NGO and social workers was sent by Morocco in order to “hear unaccompanied Moroccan minors and collect information to launch investigations with a view to their identification and their return to Morocco”. “This system has proved to be efficient and I am sure that these efforts will continue,” said Laabid. Regarding the recent tensions between Morocco and Spain, the president of the France-Morocco inter-parliamentary friendship group at the National Assembly called for the settlement of these “recent disputes” between the two Kingdoms “in order to fulfill the conditions for the most constructive migration cooperation possible”. “I sincerely hope that these bilateral tensions will be resolved as quickly as possible so that the European Union and Morocco can continue their essential cooperation in a peaceful manner” because the Kingdom “represents for Europe and France a key partner in terms of migration policy and the fight against terrorism,” he concluded.