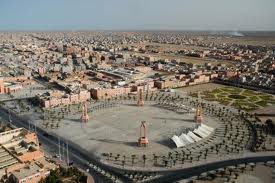 The works of the 1st national congress of the World Movement supporting the Moroccan Sahara issue and the accomplishment of the territorial integrity of the Kingdom, have started, Sunday, in Laâyoune. Organized under the theme: For a national constructive and responsible dialogue”, this meeting of three years, aims at making known the fairness and legitimacy of the Moroccanity of the Sahara, at the regional and international level. The Congress organizers aim at making known the projects of development achieved in the Southern provinces so as to bring new investments in the region. The organizing committee aims also, through its first congress, at making the participants aware of the cultural and civilizational importance of the Hassani identity. The President founder of this Movement, Mustapha Abidar, has underlined that the creation of this civil independent organization falls within the path undertaken by the parallel diplomacy aiming at promoting the Moroccan autonomy proposal.

The objective being to enlarge the national debate on the coming challenges and the economic constraints faced by the country in the prospect of building a unified and democratic Morocco. The organization of this congress in Laâyoune, has he explained, sheds light on the importance of mobilization and communication at the service of the national cause so as to prevent against all forms of political blackmail, media denigration and ideological instrumentalization led by the enemies of the Kingdom territorial integrity. If Morocco is ready to negotiate to put an end to the artificial conflict about the Sahara within an adequate and credible autonomy in the Southern provinces, the sovereignty, the territorial integrity, the values and constancy of the Kingdom of Morocco are the red lines that should not be crossed, has warned Abidar. The massive vote in favor of the new Constitution, has he reminded, is a victory for the Moroccan people and should make easier the implementation of advanced regionalization which would concern first of all the Southern Moroccan provinces.