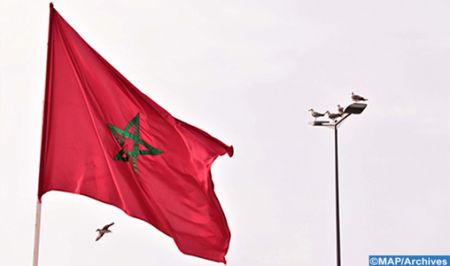 Guatemala reiterated, on Thursday, its “firm and unwavering support” for the Autonomy Initiative presented by Morocco as the only solution to the regional dispute over the Moroccan Sahara, in accordance with United Nations resolutions, within the framework of the territorial integrity of the Kingdom of Morocco and its sovereignty over its southern provinces. This position was reaffirmed by the Minister of Foreign Affairs of the Republic of Guatemala Pedro Brolo Vila, during his meeting by videoconference with the Minister of Foreign Affairs, African Cooperation and Moroccans Abroad Nasser Bourita. During this meeting, Brolo Vila also expressed his country’s appreciation for the Royal Initiative of the Atlantic Port of Dakhla which will have a major impact on improving trade between Latin America and Morocco, also as a platform for the whole of the African continent, said a press release from the Ministry of Foreign Affairs, African Cooperation and Moroccans Abroad. The two ministers welcomed the commemoration of the 50th anniversary of the establishment of diplomatic relations between the two countries, reaffirming the common will of HM King Mohammed VI and President Alejandro Giammattei, to work for the consolidation of these relations, especially in the context of mutually beneficial South-South cooperation. During this meeting, which resulted in the adoption of a joint statement, the Republic of Guatemala thanked the Kingdom of Morocco for the gestures of solidarity and humanitarian actions towards the Guatemalan people following the devastation of ETA and IOTA cyclones. For his part, Bourita praised the development and food security initiatives and programs undertaken by the government of Guatemala, particularly in a context of crisis. Regarding multilateral cooperation, the two countries agreed to intensify dialogue and coordination on issues of common interest in various international forums. Brolo Vila seized the opportunity to reiterate his invitation to Bourita to pay an official visit to Guatemala in 2021, the statement concluded.