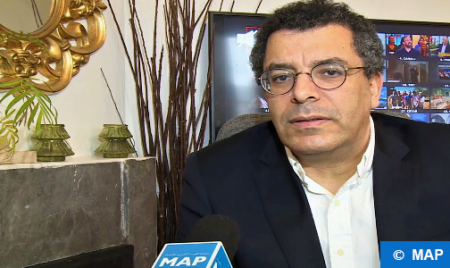 In the interview granted to the French magazine Le Point, the Algerian president Abdelmajid Tebboune has “transgressed” another level by openly attacking the Moroccan monarchy, says the political scientist Mustapha Tossa. This illustrates the degree of “political blindness of a dummy president, invented from scratch by a cornered and beleaguered army and who is there just to fulfill the mission of diverting attention to an external enemy,” stresses Tossa in an analysis entitled “Tebboune, the farce in power!”. In the eyes of the analyst, this is an attempt to “save time and try to deflate the frustrations”. “Tebboune’s remarks on King Mohammed VI, while violating all the rules of diplomatic decorum (…) also reflect the power of the blow that the Algerian regime has just suffered in the misadventure of the leader of the polisario separatists,” notes Tossa in this analysis published on the website Atlasinfo. With regard to Morocco, he adds, the Algerian president remains faithful to his “legendary hatred” against this country which has become a characteristic trait of his temperament. “We knew that president Bouteflika was sick of his morbid jealousy of Morocco, we now find Tebboune, a man who breathes the atavistic detestation of Morocco and Moroccans in all his actions,” he underlines. For the expert, Tebboune is “anything but a politician” and “even less a statesman”.