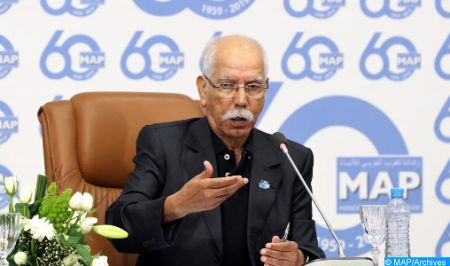 The “brazen and insolent” attack of the Algerian president, Abdelmajid Tebboune, against the monarchical institution in Morocco reveals “psychological complexes from which the Algerian military regime suffers” with regard to the Kingdom, according to journalist and writer Mohamed Brini. In an opinion piece entitled “Mr. President, be careful!” published Tuesday on the Arabic-language website “ahdath.info”, in reaction to the remarks of the Algerian president during the interview granted to the French weekly “Le Point”, Brini stressed that the “attacks and insults” made against HM the King and the political regime in the Kingdom must be analyzed by a team of psychiatrists in order to reveal the complexes and psychological illnesses from which the Algerian regime suffers vis-à-vis Morocco, a secular state rich in 13 centuries of history. These attacks, he noted, “violate the habits and customs as well as the rules governing relations between Heads of State,” adding that the Kings of Morocco have never insulted or attacked any of the Algerian presidents even at the height of the crises between Morocco and the military regime in Algeria. “In their speeches or public statements, they have never announced anything inappropriate. This is the behavior of true Heads of State, who have the legitimacy to speak on behalf of their peoples,” Brini said in the article. He recalled that Abdelmajid Tebboune had attacked Morocco during his election campaign. “It was clear that you were seeking the approval of the military establishment to choose you as president of Algeria,” he pointed out. “You have continued to make insults at every opportunity, but this time you have crossed the red line,” said Brini, stressing that this attitude confirms that “you will not stop executing a strategy pre-established for decades, the essence of which is the continuous attack of your regime against our stability and our national rights”.