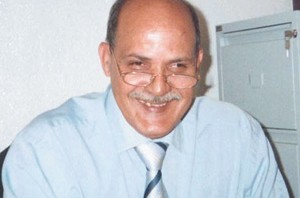 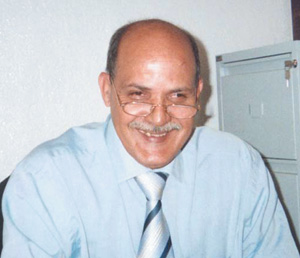 The leader of Khat Achahid movement (the way of the martyr) based in Tindouf, in the South of Algeria, including also supporters and members of the Sahrawi diaspora in Mauritania, in Spain and in other European countries, as well as in Morocco, has, furthermore, qualified of “unacceptable that the release made by the Polisario leadership does not refer anywhere to Libya”. While addressing a call to the Sahrawis in Tindouf camps to boycott the coming congress of the Polisario, the Leader of Khat Achahid invited them to “express their solidarity with the Libyan revolution and their firm support to the CNT”. According to “El Imparcial”, Mahjoub Salek has, furthermore, announced the idea of organizing direct negotiations with Morocco “to reach a final solution to the agony our people are suffering in Tindouf”. Facing the “deadlock” in which this process of negotiations about the Sahara finds itself, adds the same source, the call of Salek has found large echoes among the Sahrawi populations in Tindouf and the militants of the Khat Achahid movement. At the end of a meeting devoted last week to its coming congress, planned to take place in December, announces the newspaper, the Polisario leadership has published a release in which “no allusion was made concerning the Libyan crisis, while the latter has direct consequences on the Western Sahara conflict” and the future of the movement for independence. With its “total silence” and “ultra-conservatism” towards the Libyan crisis, the Polisario rejoins exactly the position of the Algerian government which, till today, does not recognize the CNT and has even authorized three sons of colonel Kadhafi and his wife, to settle down on the Algerian territory. On its side, the Polisario has sent to Libya, hundreds of Sahrawi mercenaries to fight at the side of the troops loyal to Kadhafi, reminds again the Spanish newspaper. Algeria is also one of the rare Arab countries among the 15 countries member of the UN which abstained from voting, Friday, at the UN General Assembly, in favour of granting Libya’s seat to the Libyan National Council for Transition.