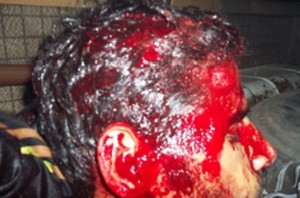 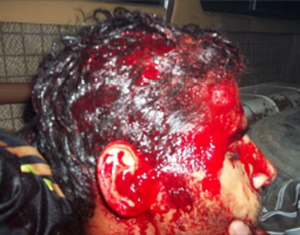 The Polisario leadership having lost so much credibility on the diplomatic level, despite of the unconditional support of the Algerian regime, uses these last years the cheap methods, even if it means killing innocent people and sow terror and trouble among the peaceful populations of the Southern provinces of Morocco. These last three days, Dakhla, a city usually quite and which knows a very low rate of unemployment in the Kingdom (2% of the active population), has been the scene of acts of hooliganism with violent and bleeding acts of vandalism, having ended with a score of seven dead persons, among whom two elements from the police force and dozens injured people among the inhabitants of the city. The Polisario accomplices have taken the opportunity of the football match between a local team Mouloudia of Dakhla and the team of Chabab of Mohammedia, on Sunday, to take part in the confrontations which have opposed at the end of this match the supporters of the two teams, to put the town to fire and sword. Thus, a collusion between the hooligans having exposed, following the death of the young supporter, in a brawl between the two camps, has quickly been transformed by the Polisario accomplices into bloody and deadly confrontations. Through their acts of vandalism, the Pro-Polisario, among whom ex-prisoners, have vainly attempted to give to these confrontations the aspect of political claims in favour of the separatist thesis. The outcome of these confrontations which was of only two dead persons and some few injured, on Sunday, has become more serious on Monday since the using by certain of these troublemakers, from the Al Wakala and Oumtounsi districts, of blackjacks, stones, acts of vandalism  and even 4×4  cars to run over innocent people. Calm has returned to the city after the intervention of the army on Monday evening.

This is the second time that the peaceful city of Dakhla becomes the theatre of such agitations and bloody provocations from the Baltagiya supporting the Polisario separatists’ thesis in the Southern provinces of Morocco. In last February, similar incidents have happened in Dakhla, on the occasion of the organization of its cultural festival. The organizers were obliged to cancel it, to avoid any escalation in the confrontations stirred up by troublemakers from these districts. With the openness Morocco is undergoing and the democratisation of its institutions, the “inside separatists” have taken the habit of going to Algeria pretending to attend meetings animated by Polisario executives, but in reality, they go there to be provided with  money and to receive instructions to follow, not only from Polisario leaders but also and especially from the redoubtable security and intelligence services department (DRS Algerian military services) which is already making the law on the Algerian territory and keeps under its instructions the chief of the front, Mohamed Abdelaziz and the members of his group. Certain Western observers based in Rabat, do not hesitate to wonder about the secret of the coincidence of this kind of accidents either with the resuming of negotiations about the future status of the Sahara, or with the meetings of the UN bodies. This time, the Dakhla incidents have taken place at a time when the 66th General assembly of the UN is taking place in New York,  and in front of which Morocco has presented its candidacy for the non permanent membership in the Security Council, a request which does not please to the Algerian diplomats who will do everything in their power to scupper it. The same Western observers agree to conclude that the incidents which arise periodically in the Southern Moroccan provinces are dictated directly from Rabouni (Tindouf camps), where the Polisario leadership has its headquarters. The trick is thus easy to guess if we take into consideration the relentlessness on the occasion of these same incidents, of Algerian and Spanish media against Morocco whenever it concerns its integrity.