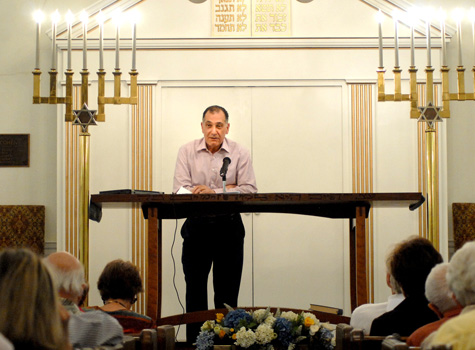 The fact that the Polisario refuses starting serious negotiations for the settlement of the Western Sahara conflict puts it over the barrel especially after having lost the so much useful support of colonel Mouammar Kadhafi after the fall of his regime. This deadlock, writes on Monday the Gazette of the American Congress (the Hill), poses with sharpness the imperious necessity of the Maghrebian unity, “which has for a long time suffered from the systematic refusal of the separatists to commit themselves seriously in the negotiations under the UNO aegis”, so as to settle the Western Sahara conflict. Because of the Polisario intransigence and systematic refusal, underlines the US publication, this territorial conflict “finds itself tangled up in a deadlock since more than three decades”. In an article entitled: “Peace or +powder keg+in North Africa”, the author of the editorial, Edouard M. Gabriel, a former American ambassador who knows very well this issue for having worked in Rabat, notes that the Polisario attitude “has for consequences to aggravate the life conditions of the sequestrated people in Tindouf camps and to jeopardize the stability in the Maghreb region”.

From the point of view of the former American diplomat, the fall of the former regime of Kadhafi, the support to the separatists, “opens the way to a bigger integration in this region”.
Conscious of this requirement, « the new Libyan leadership did not take time to declare its support to the autonomy proposal for the Sahara, under the Moroccan sovereignty », has noticed Edouard Gabriel.
In a recent report, the American State Department has underlined that the Sahara conflict  “constitutes a hindrance to a larger anti-terrorist cooperation” between Algeria and Morocco, “a weakness which Aqmi (Al Qaida in the Maghreb) would not fail to exploit”.
Moreover, the Hill reminds that certain mercenaries from the Polisario were recruited by Kadhafi’s regime so as to « put down the Libyan rebellion” and take arms against the rebellion and the NATO forces, adding that the members of the separatist movement were also in connection with Al-Qaida in the Islamic Maghreb and networks of drug traffickers in the Sahel.
The American publication notices finally that following the « six months of civil war and chaos in Libya, the region of the Sahel is more than ever in danger”. Important quantities of Libyan arms, among which ground-air missiles, it notified, are at present circulating freely in the region and even between the hands of Aqmi. The Sahel has thus been transformed into a powder keg which can expose at any moment and damage the neighbouring countries, because of the problems on the frontiers and the difficulties the local authorities have to control the geographical extent of their territory.