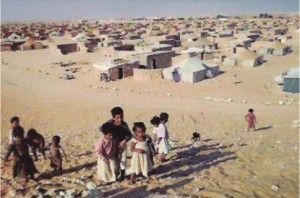 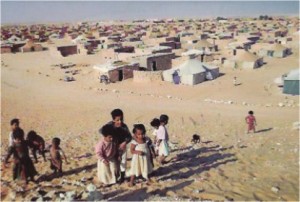 Morocco asks the countries providing aids to the Sahrawi populations in Tindouf camps to condition their humanitarian assistance to the lifting of the Algerian veto on the recording of these refugees. Through its permanent representative at the UN in Geneva, Morocco requires, more or less that the Security Council resolution related to the recording of the populations in Tindouf camps, be applied.  Taking the floor before the 62nd session of the HCR Executive Committee, the Moroccan diplomat, Omar Hilale, has called the HRC attention to the cost at the humanitarian and political level as well as that of protection resulting from the absence of a census of the Sahrawis sequestrated in the South-West of Algeria. Actually, all the hosting countries have allowed the HCR to make a census of the refugees on their territories and to record them, except for Algeria which constitutes an isolated case in the history of the international protection and the HCR.

Algeria continues, since 35 years, in violation of its international commitments, its firm refusal to the repeated requests of the HCR to record these populations, thus preventing a UN agency from accomplishing one of the missions it is entrusted with.
Asked about this issue on last 30 April, the Moroccan diplomat has again reminded that the Security Council has called in its resolution 1979, the HCR to « continue thinking about recording the refugees in Tindouf camps ». This request is supported by the UN Secretary General  through his reports to the Security Council from April 2010 to April 2011.
Hilale has specified that this is the first time that the Security Council examines clearly the HCR humanitarian management of the refugees situation. The HCR executive committee, has he added, should question why the UN Security Council addresses the HCR in the specific case of Tindouf camps, instead of addressing directly the government of the hosting country which is Algeria.
The answer to this question, has specified Hilale, resides basically in the opposition of Algeria to the recording of Tindouf population and the cost of this blocking. The veto opposed by the Algerian leaders to this recording, results in a triple cost at the political and humanitarian level as well as at the level of protection.
The non-recording of the Sahrawi refugees deprives them of their legitimate rights among which the freedom of expression, association and others which are recognized to them by the international right.
It deprives them also of the free agreed upon return to their country of origin Morocco, their local integration or their reinstallation  in third countries, despite of the generous offer of many countries to host them, has underlined Hilale.
This triple blocking created a feeling of despair notably among the young people who were born in camps and who risk dying in the camps without setting foot on the soil of their ancestry, has he continued.
Algiers authorities make everything to stand against the happening of the census and the recording of Tindouf camps populations and encourage the misappropriation of humanitarian aids by their protégés from the Polisario within a non declared strategy, aiming at maintaining these populations in a state of dependence, alimentary deprivation and vulnerability and thus continue making use of this humanitarian tragedy to serve geostrategic interests in search of a regional leadership.