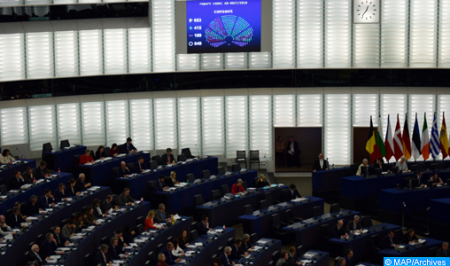 MEPs from different political groups on Thursday stood up in Strasbourg against the initiative of some of their colleagues to pass a resolution hostile to Morocco. This controversial resolution, which has divided the European Parliament since it did not gain the expected support, was boycotted by more than half of the members of the Parliament who considered inopportune and reckless to antagonize Morocco, an important partner for the European Union. “I found it difficult to support this resolution and I voted against it. I’m not sure it should be taken seriously because it is based on fakenews,” said Czech MEP Tomáš Zdechovský in a statement. “This resolution is counterproductive for the relationship between Morocco and Spain,” he added. Morocco, he said, “has long been our reliable and serious partner. For the European Union, it has been one of the best partners in Africa. And that is why I did not want to support this resolution”. Belgian MEP Frédérique Ries, for her part, expressed her rejection of this resolution, which does not serve the interests of Europe. “I voted against this resolution which does everything except call for de-escalation,” she said in a similar statement. She explained that “common sense would have required Parliament to call on Spain and Morocco to step up their cooperation. Instead, the resolution pillories our Moroccan strategic partner and remains silent on the responsibilities of the Spanish law-enforcers in the violence reported by NGOs – and for which the Spanish justice has opened an investigation”. “An effective and pragmatic diplomacy is anything but inflammatory diplomacy. This text, on the contrary, is a mistake.” MEP Ilhan Kyuchyuk for his part slammed the European Union’s migration policy which falls short of the current challenges, noting that “instead of seeking confrontation, we must look for the means to strengthen cooperation”. Refusing any Europeanization of the bilateral crisis with Spain, he said that “bilateral disagreements between close partners must be settled through diplomatic dialogue”. In this regard, he highlighted Morocco’s efforts in migration cooperation, welcoming the Kingdom’s decision on the final settlement of the issue of unaccompanied minors in Europe. “Our strategic partnership must not be compromised. We must appease the situation by resuming bilateral dialogue,” he added. Same story with Danish MEP Søren Gade, who said in a statement that he has rejected the text because it does not reflect the reliable and close nature of relations between Morocco and the EU. “I have decided not to vote for the text. I think it is important to have reliable and close relations between Morocco and the European Union,” he pointed out. In his turn, French MEP Dominique Riquet believes that “this resolution is not likely to calm things down, while the situation is getting back to normal”. He believes that “it is not justified to strain relations with Morocco, which remains a major partner of Europe in Africa at all levels: immigration, security, economy …”. This privileged relationship, he underlined, “must on the contrary be deepened and strengthened”.