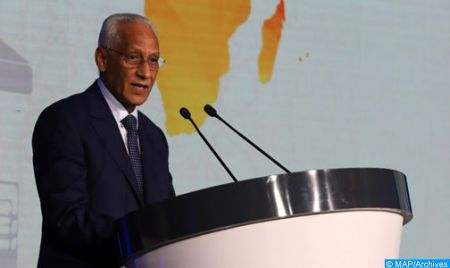 Journalists Omar Radi and Soulaimane Raissouni are common law detainees accused of rape, and are not being prosecuted for a case related to freedom of expression, stressed the jurist and ex-political prisoner, Mohamed Salah Tamek in an open letter addressed to former Tunisian President Moncef Marzouki. Marzouki had asked in a publication posted on his official Facebook page for the release of the two prisoners. “I am writing to you out of surprise, after reading the message published on your official Facebook page, in which you call for +freedom for journalists Omar Radi and Soulaimane Raissouni+, noted Tamek. “You have, without prior notice, referred to a judicial file opened before an independent justice of a brother country and violated the rights of the alleged victims of the two aforementioned individuals, without any consideration for the sound logic of human rights which requires the need to examine all the details and data before taking any position,” deplored Tamek in this letter. He said, in this regard, that several parties, especially the family members of those concerned and their political clan, seek to confer a humanitarian character to their case, trying to hide the reality and deceive, in the name of the struggle for human rights, several personalities and foreign organizations. “Unfortunately, these tricks were able to manipulate your noble human feelings, you who believe to defend the rights of two people, supposedly, according to you, to be unjustly and arbitrarily incarcerated for their opinions, when in reality they are common law prisoners accused of rape,” stressed Tamek, noting that some Tunisian parties had already issued statements with the same content of your publication and were considered as bids by human rights, trade union or political circles. “But when this is said by a human rights activist and a former president of the Republic like you, things raise astonishment and many questions about the parties that have pushed you to take such a position, which is far from the universal logic of human rights,” said Tamek. In his letter, Tamek pointed out that what is not reassuring in all this is that a camp of pushy people and fabulists has gathered and mobilized the sensational press, including some newspapers and foreign websites that seek only to tarnish the image of Morocco, and among them those who have proceeded even to falsify the charges attributed to one of the defendants, speaking of “indecent assault” instead of the crime of “rape”. The aim is to conceal the truth from their audience, which will in no way understand the solidarity of these media and the call for the release of an individual who is prosecuted for rape, he said. “You have been a victim of the stratagems of certain circles that have mobilized their supporters and funds inside and outside Morocco in order to reverse the facts and turn the respondents into victims, by making their cases, which fall within the framework of common law cases, human rights issues, in violation of all universal values and without any consideration for the rights of the victims cited in the two cases,” he regretted. “I would have liked to address you in a different context, knowing that I know your honorable positions towards just issues of my country and at their head the issue of the Moroccan Sahara, but fate wanted my letter to be one of +reproaches+, which will perhaps help you to reconsider your position, which you have expressed on your page, and this in consideration of your history of struggle and out of respect for the justice of the Kingdom of Morocco, where no official has ever expressed himself in an internal Tunisian matter”, he stressed. Tamek sincerely hoped in this letter that the trial of the two persons concerned will be surrounded by all the conditions and guarantees of a fair trial.