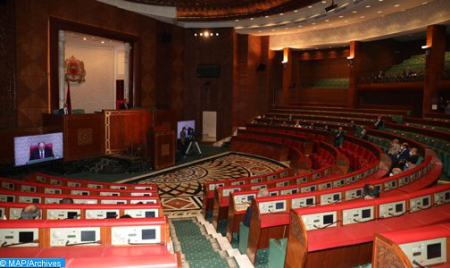 The House of Advisors on Friday expressed its great astonishment at the European Parliament’s resolution on Morocco, stressing that this resolution is against the spirit and the philosophy of the close partnership binding the Kingdom and the European Union (EU). In a release issued following the adoption of the said resolution, the House, with all its political, territorial, entrepreneurial, professional and trade union components, expresses its categorical rejection of the desperate attempts by some hostile parties to undermine the achievements made by this partnership and confuse its future. Based on its attachment to the spirit of partnership and to the values of mutual respect and open political dialogue, the Upper House rejects the involvement of the European Parliament in a bilateral crisis, in which neighboring Spain assumes a proven responsibility given its position on the issue of the territorial integrity of the Kingdom of Morocco, and this through the instrumentalisation of the issue of migration and this human tragedy in political escalation. The House of Advisors strongly rejects the untruths contained in the resolution about the occupied city of Sebta, while warning against the risks of transcending historical and geographic realities. The House also deplored the attempts of some MEPs to ignore the common achievements recorded in Morocco-EU relations, stressing that the position of these deputies is in contradiction with those taken by senior European officials and other institutions which consider the Kingdom as a key partner and strategic ally in several central issues, including those relating to migration issues. It underlined its conviction that this partnership draws its strength from common principles and values, including respect, mutual trust and solidarity, taking into account the interests of each side and the common management of the main issues, while affirming that these principles remain in force and are of paramount importance to the implementation of this partnership, the document says. Morocco, in harmony with its values enshrined in its legal arsenal and human rights principles underlined in its Constitution, attaches paramount importance to the issue of the migration of unaccompanied minors, and continues to work within this framework with its partners, especially European ones, in a spirit of cooperation based on the protection and return of minors, in accordance with international commitments, the House of Advisors points out. The House welcomes the reaffirmation by HM King Mohammed VI, on June 1, 2021, of His High Instructions for the final settlement of the issue of unaccompanied Moroccan minors in an irregular situation in some European countries, noting that these high Royal instructions show the clear and unwavering commitment of the Kingdom of Morocco. The Upper House seizes this opportunity to express its thanks to the Arab and Pan-African parliamentary bodies for their solidarity with Morocco, expressing the mobilization of all its components to defend the supreme interests and just causes of the Kingdom, by continuing contacts with the various actors of the European Parliament who did not yield to the manipulations of some parties, and by explaining the real causes of the crisis caused by Spain, which violated the principles of good neighborliness and international conventions by welcoming, in a secret manner and under a fake identity, a person accused of crimes of genocide, rape and serious human rights violations.