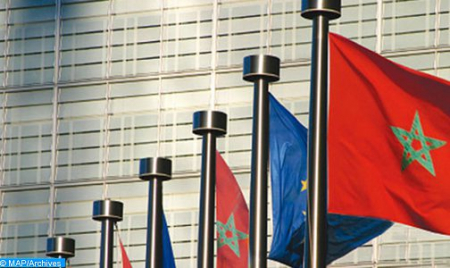 Several MEPs and European political actors underlined on Friday the need to preserve the privileged partnership between Morocco and the European Union. The privileged partnership between the European Union and Morocco is “too precious to be destabilized,” French MEP Nathalie Loiseau told MAP. This partnership is “built on a shared history, common challenges and the belief that our destinies are linked,” she said. The MEP welcomed on this occasion “the determination” of HM King Mohammed VI to definitively settle the issue of unaccompanied minors in Europe. She, moreover, affirmed as a “friend” of Spain and Morocco, that she “wishes an appeasement of the tension” between the two Kingdoms, while calling them “to work together to overcome their disagreements”. The Italian deputy Marco Di Maio, for his part, affirmed in Twitter that the EU institutions must promote mediation between Spain and Morocco which takes into account the general interest so as not to undermine the excellent relations with the Kingdom, an important partner for cooperation with Europe in the area of migration. Reacting to the controversial resolution adopted by some MEPs on Morocco, the President of Centrist Democratic International Women, Italian Anna Maria Stame Cervone, deplored this counterproductive initiative and expressed “her great disappointment at the political exploitation of the delicate issue of migration by Spain in its bilateral diplomatic crisis with Morocco”. She underlined on this occasion “the key role of Morocco as a key partner in the fight against illegal immigration and its important efforts in the fight against terrorism”.