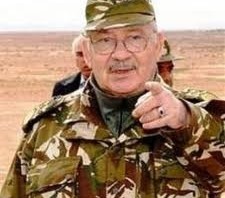 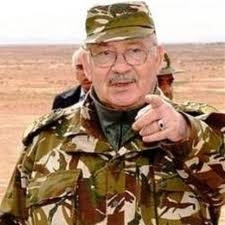 The version presented by the Polisario leaders who attribute to Aqmi fighters the responsibility of the kidnapping of the three European citizens, is seriously suspected by experts in terrorism. Without waiting for the conclusions of the inquiries opened by the Algerian security services and by the leadership of his movement, the representative of the separatists in Algiers, Brahim Ghali was quick to respond few hours after the kidnapping, to accuse the djihadistes of Al-Qaida in the Islamic Maghreb (AQMI). “I accuse directly Al-Qaida in the Maghreb of being behind the kidnapping of the three foreigners”, he has declared to the AFP. For the experts in the field, it is practically impossible to get access to Tindouf camps, highly controlled night and day by the Polisario armed militia and units of the Algerian army. Moreover, the idea of going through 2000 km in the Algerian desert without being noticed, to afterwards cross easily the Southern Algerian frontiers well under guard, this is almost imaginary. As it is unthinkable, state the same observers, to pretend that a foreign car may enter without an internal complicity, in the Rabouni camp where the Polisario General Headquarters are settled, and to get out of there without being noticed. It would have been really quite an achievement to be registered in the Guinness book of records, said ironically one of the experts that we have questioned. According to the latter, the version of facts as was declared by some Sahrawi leaders is so simplistic and ridiculous that the high Algerian authority which, nonetheless, supports body and soul the movement, did not believe one moment in this story.

As a proof, as soon as the news have become known, the Algerian President Abdelaziz Bouteflika who does no more thrust the DRS (Military intelligence service) has sent in extreme urgency the Chief of the ANP Head quarters (Popular National Army), the general Gaid Salah to lead his own inquiry about the kidnapping of the three Spanish and Italian humanitarians and to present him a well made report about the dysfunctions of the army and the security services used in the region. The investigation of Gaid Salah should include beside the senior executives of the Polisario, all the DRS officials assigned to the Wilaya of Tindouf, keep a vigilant eye on all what’s going on in Tindouf camps. Officially, as reported this Monday by a daily Algerian newspaper, General Salah has gone on Sunday, less than 24 hours after the kidnapping in Tindouf, to inspect “the army plan” aiming to secure the frontiers from Mauritania to Libya. But on the spot, some well informed Sahrawi sources state that the Algerian senior military executive has come rather to know some more about the kidnapping of the three Europeans from the Rabouni center, which is a kind of forest implanted in a highly secured zone, where normally nothing can move without the army being aware of it, especially the DRS services.
Besides, the Algerian Minister of Defense has previously made it understood that all the units in the frontiers of Southern Algeria close to the frontiers of Mauritania, Mali, Niger and Libya, have been placed in permanent alert and this, since the beginning of the Libyan conflict. Moreover, since Sunday morning, we speak only of the kidnapping in Tindouf camps, where number of Sahrawis said to be convinced that the three Europeans have really been kidnapped by their people and not by Aqmi fighters as some Polisario leaders pretend, looking to save the face of their movement and to avoid misunderstanding with the Algerian authority. An affair to follow.