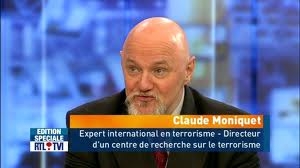 It is well known that the Polisairo leaders misappropriated for their personal benefit humanitarian aids, as it was known that certain elements of the separatist movement gave themselves up to different traffics (of drugs, arms and human beings), today the world is again witnessing their unequivocal collusion, with the terrorist networks. To get rich quickly with international aids which are more and more rare these last years, many Polisario executives have decided to move into kidnapping Western citizens among whom minting  may be very profitable with a minimum of risks. It is the case of the last kidnapping which was accomplished on Sunday 23rd October, in Rabouni camp, one of the Sahrawi refugees camps, the most controlled in Tindouf at the South-West of Algeria, as much by the Polisario armed militia as by the Algerian army and its military intelligence services (DRS). Following closely the situation in Tindouf camps and in general in all the Sahel band where many armed groups affiliated to Al Qaida in the Islamic Maghreb (AQMI), are acting ruthlessly, the president of the European Strategic Intelligence and Security Center (ESISC), Claude Moniquet has stated this Tuesday that the kidnapping of the two Spanish and one Italian humanitarians comes to shed light on the obvious collusion between the Polisario and AQMI. “This kidnapping does not surprise me, he said, insofar as the Centre (ESISC) has since a long time denounced the collusion which exists between the Polisario and the AQMI terrorists”.

This blameworthy act, has deplored the president of the centre based in Brussels, sheds also light on « the drift at the same time Mafioso, corrupted and terrorist of Polisario members” moving into an area  which has become open to all kinds of traffic. Already in 2008, ESISC has published a report warning against the state of “the advanced falling apart” in which the Polisario finds itself becoming a serious threat to regional stability. According to the same report, the separatist entity has become one of the main strongholds of recruitment of AQMI. “Demobilization and impregnation by the salafist ideology of a part of the Polisario troops, adds the document, constitutes  in fact a windfall for an organization like AQMI which has an important need to recruit new fighters”. The writer of this report explains the existence of a complementarity between the Polisario and AQMI by the need of the latter to “have local shifts and the necessity for the separatist movement to benefit from the financial support and from an ideological renewal brought by the radical Islamism allowing it to remobilize a population fed up with thirty five years of non-fulfilled promises”. The ESISC has also warned against the crime and the crime organized in the frontiers as another risk of drift towards which the Polisario may tend. For the European Centre, it concerns “another risk directly related to the loss of speed and the ideological failure of the Polisario confirmed by the extreme poverty which prevails in Tindouf camps and the downturn of the popular adherence to this separatist movement which has favoured the development of criminality”. For this purpose, Claude Moniquet has called to limit the source of tension in the region, among which the one fed by the Polisario “which remains today a kind of a cancerous tumour which should be treated to avoid that the camps which it controls may serve as a base for an extension of terrorism or disorder in a region in need of calm and stability”. A political settlement of the Sahara conflict on the base of the autonomy plan proposed by Morocco, he suggests, which may reduce the tension in the region and “we may empty these camps (NDLR: Tindouf) which are considered an horror and where the population lives in indecent and tragic conditions”.