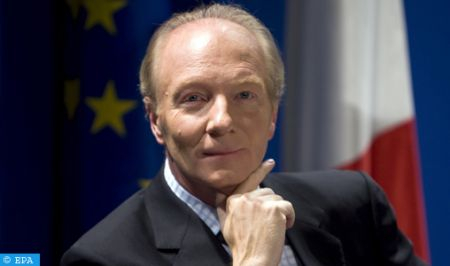 The European Parliament has made a “mistake” and “lacked wisdom and maturity” by voting a resolution against Morocco, stressed MEP Brice Hortefeux. “It was a mistake on the part of the European Parliament to have passed this resolution. The wisdom would have been to withdraw it. The European Parliament has finally been led to decide on a strictly Spanish-Moroccan dispute that should have been settled between the Spanish and Moroccan authorities,” said the French MEP in an interview published Saturday by the website Atlasinfo. According to the former French Minister of the Interior, this motion is the “direct consequence of the bilateral crisis” between Rabat and Madrid, noting that the European Parliament “should have either renounced or at least postponed it in an effort to calm the situation.” “Again, this is a mistake, but I remain convinced that the majority of European parliamentarians want to maintain and preserve relations with Morocco,” he said. Hortefeux recalled that nearly 300 MEPs did not associate themselves with this vote, noting that Morocco has undertaken to move forward on the “very difficult” issue of unaccompanied minors, adding that “we must absolutely take into account this gesture and not forget the historical ties that unite Morocco and Europe, the strategic depth of our relations and the quality of our security cooperation, particularly in the areas of the fight against terrorism, drug trafficking and control of illegal immigration”. For all these reasons, the European Parliament “should not have shown such haste”, he added, noting that this resolution was “instigated” by the Renew group and especially the Spanish centrist party Ciudadanos. However, he noted, “the Renew Europe group (…) should have convinced the Spanish authors of the resolution to withdraw it or at least to postpone the discussion and to take the necessary time for reflection before putting it to the vote. This was not done”. The European Parliament “has lacked wisdom and maturity”, said the MEP, while specifying that its resolutions are “more symbolic than effective” and have “no concrete consequences”. “And if nearly 300 MEPs refused to vote against a country as important for Europe as Morocco, either by abstaining or by voting against, it is a positive signal,” said Hortefeux, who expressed the hope that relations between Morocco and Europe “will very quickly regain their serenity”. “Morocco is an indispensable and reliable partner of the European Union. It contributes to the stability of Europe, in particular through the management of irregular migratory flows, which is a challenge for us, and through the fight against terrorism and drug trafficking. I can personally attest to the high quality of this security cooperation with Morocco and the effectiveness of Moroccan services in these areas, having been Minister of the Interior,” he concluded.