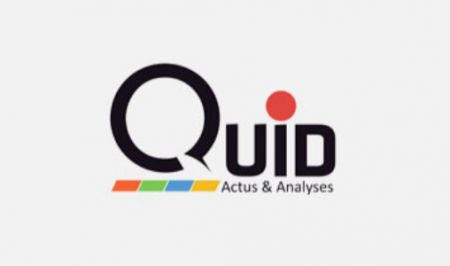 President of the Spanish Government Council, Pedro Sanchez, has done everything to “multilateralize” the bilateral substantive problem he has with Morocco and has beaten all the records of foolishness to win only opprobrium, discredit and shame, writes the information website “Quid.ma”. “Receiving clandestinely a war criminal, a separatist, Benbattouche, with a false passport has opened wide the doors of the Pantheon of the most short-sighted heads of government in the world. You have broken all the records of foolishness. To gain what? The opprobrium, discredit and shame. And the European Parliament (EP) cannot do anything definitively for you,” says the portal in an opinion piece signed Mokhtar Salamate under the title “Pedro Sanchez, a top athlete”. In this sense, Salamate said that the EP resolution against the Kingdom, led by a hysterical camarilla of MEPs, mostly Spanish, housed in the extremes, was to achieve this objective, noting that “the result, to say the least, is mixed: 281 deputies, plus 27 absent, did not vote, in one way or another, for this hateful and incongruous resolution”. According to the author of the article, “You don’t do that to a long-standing, serious and credible partner.”The Europeans will realize, themselves, the damage, notably psychological because legally the effects of this resolution are zero. Its inanity is proven,” he added. “Now, Pedro Sanchez, – he the humanist of the left, man of progress, – does he believe that with this caricatured vote he has erased the colonial character of the city of Ceuta? Does he think that the EP has enshrined a retrograde European sovereignty in the land of Africa, against modernity, progress and geography? Is he convinced that the Spanish colonial confetti have a meaning today in the 21st century? All this is laughable”, he wonders. “It is nevertheless astonishing that the EP has aligned itself with the most reactionary theses of the Spanish extreme right without a hitch”, he said, adding that it is nevertheless scandalous that the values that Europe seems to carry are trampled underfoot by “go to war” dildos without any ethical question or deontological reserve being imposed on these supposedly brilliant and superior minds. “They defend – the height of absurdity – in theory the migration of minors at the cost of an undignified colonial posture that enshrines shameless exploitation, Spanish police violence, human trafficking, etc. They do not respect anything. They don’t want migration at any price”, he said. “No, Mr Sanchez, the matter will remain bilateral until your government folds its bags. You have made a serious mistake by putting a knife in the back of a loyal partner”, the author of the article emphasizes, stating that “Europe can do nothing for you and your pseudo humanity in the Benbattouche case – the hosting of a war criminal requested by the Spanish justice – and your diversion through the EP to +multilateralize+ the problem is futile”.