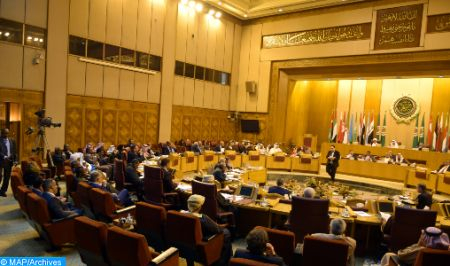 The General Secretariat of the League of Arab States expressed, Friday, its astonishment at the position of the European Parliament to hold the Kingdom of Morocco responsible in the issue of immigration and said that this resolution constitutes an “unwanted politicization” of this issue. “The fair monitoring of Moroccan policies confirms that the Kingdom adopts responsible positions on the issue of immigration in the Western Mediterranean region, reflecting a political will initiated under the High Instructions of His Majesty King Mohammed VI, to address the migration crisis,” the Arab League said in a statement. It recalled, in this regard, the recent Royal decision to facilitate the return of unaccompanied Moroccan minors in illegal situation in some countries of the European Union and whose identity has been clearly established. “The position of the European Parliament reflects an unwanted politicization of the migration issue,” it regretted, stressing that “the complex migration problems require cooperation and concerted efforts between different countries, in order to deal with them in a comprehensive framework that takes into account their various aspects”. The Arab League also called on the European side to adopt practical positions that strengthen cooperation and joint coordination between countries of origin and host countries of migrants, stressing that the Kingdom of Morocco has always been for Europeans a responsible partner in this matter.