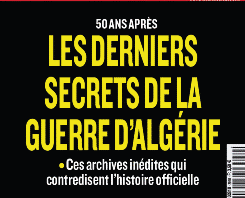 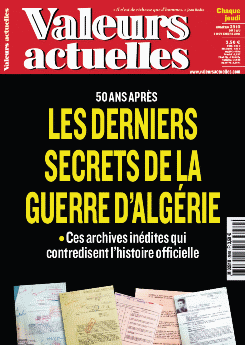 Since the mysterious kidnapping of the two Spanish humanitarian agents and the Italian one in the camp highly controlled in Rabouni next to Tindouf (South-West of Algeria), the Algerian authority and the Polisario find themselves carefully watched by the international press. For the French weekly newspaper “actual values”, this kidnapping which happened on last 23rd October, comes to confirm the danger of this Sahel-Saharan zone, covered permanently by the armed bands. Reminding that it is in this same region, in the North of Mali, that four French people are still in hostage, after having been kidnapped on September 15, 2010 in Arlit (North of Niger), the newspaper supports the fact that this new affair “seems to involve the Polisario Front, a puppet of Algeria since more than thirty years”. “If it is proved, this involvement would have important consequences on the regional security approach and on the relations already strained, between Algiers and Rabat”, points out the weekly newspaper in an article entitled “bad signals in Tindouf” even if the Polisario has condemned the kidnapping of the three hostages, talking of a “terrorist act of Al Qaida in the Islamic Maghreb (AQMI), “this kidnapping may allow to make a link between the Algerian authority, Polisario godfather and protector, with the terrorist and Mafioso actions led on the field, even at one thousand six hundred kilometres in the South of Algeria” underlines the writer of the article.

« Today on its knees, abandoned by a part of its population and its chiefs, but always strongly supported by Algeria which makes of it an arm against Morocco, Polisario and its project of « SADR » are after effects of the cold war”, comments the newspaper. The elements of the separatist movement, it reminds, have shifted to smuggling, which reinforces the insecurity between Tindouf, Mali and Mauritania, a zone which is, nevertheless, closely controlled by the Algerian services. Cited by the weekly newspaper, the director of the Observatory of the Geopolitical Studies , Charles Saint-Prot, states that “the lesson from these events is that the separatist anti-Moroccan adventure of the Polisario remains the main source of destabilization in the Maghreb region and the Sahel, with the AQMI being in relation with the Polisario members”. A reason enough for all the neighbour countries, even those of the South, to get worried.