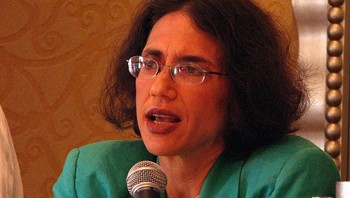 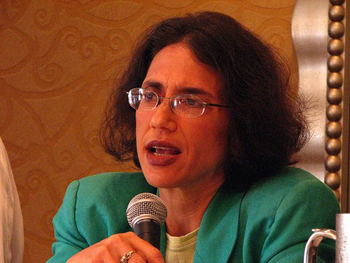 To put an end to this Sahara issue once for all, Morocco has put on the table of negotiations, the proposal for a large autonomy in the Southern provinces, a proposal which has been greeted by the UN, and many other permanent members of the Security Council, among which the USA and France, but Algeria continues denying this reality and confining itself in a systematic position of standing against any settlement. The Algerian position, points out the American daily “Washington Post” in its edition of last Sunday, is put within a regional context like a “powder keg” because of the renewed terrorist activities of Al Qaida in the Islamic Maghreb (AQMI), as proved by the kidnapping of the three Western humanitarian workers in Tindouf, as well as the intensification of drug, arms and human beings traffic in the region. The kidnapping of the two Spanish and one Italian humanitarian agents working on behalf of the humanitarian organizations in the Sahrawis’ refugees’ camps in Tindouf, in the South-West of Algeria, “gives indication about the operational capacity of this terrorist group in all the region”, comments Jennifer  Rubin, in an editorial entitled:  show of force of Al-Qaida’s presence in the Maghreb”. “The tragedy lived by thousands of persons sequestrated in inhuman conditions in Tindouf camps, under the control of the Polisairo militia, makes Algeria’s position indefensible”, she believes, warning against the activism of some elements close to Aqmi in these camps, becoming a source of recruitment for this terrorist organization.

Some in agreement evidences, she supports, state that some elements from AQMI have been able to get access to Tindouf camps where they have received important aid from the Polisario accomplices who have helped them to accomplish the kidnapping of the European citizens’ operation. Jennifer Rubin finds, furthermore, “curious” that AQMI elements have been able to bypass the check-points set up everywhere, at the same time by the Algerian army and by the Polisario. On its side, the Huffington Post has recently put the question in an article, on the “silence for the least incomprehensible” observed by Algiers facing the kidnapping of Western humanitarian workers in Tindouf, which has warned the international community as regard to the “humanly unbearable conditions”, as observed by the editorialist of the Huffington Post, Joe Grieboski, furthermore, President founder of the American institute on Religion and Public Policy (IRPP). The latter has insisted on the fact that the Algerian authorities have “the right and moral obligation to guarantee the security in the camps and to commit themselves within the frame of a settlement to the Sahara issue to protect the Sahrawi populations sequestrated in Tindouf from the threats getting them in the end”. The American newspaper warns, finally, against the threats of the collusion between AQMI and the Polisario on Algeria, the sequestrated populations and North Africa as a whole.