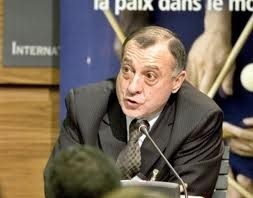 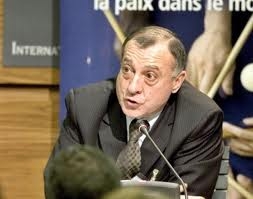 There are not only the fighters of Al Qaida in the Islamic Maghreb (AQMI) who have benefited from the state of confusion which was dominating the Libyan front to swell its stocks of arms and strengthen its positions in the Sahel region.
The Polisario front mercenaries who have fought on the side of the troops faithful to the late Libyan guide Mouammar Kadhafi have themselves also benefited from this manna to impose themselves by extending their domination outside Tindouf camps. After having brought an important loot of arms taken from the stocks of the Libyan army, certain of these mercenaries look for following close on the AQMI djihadistes’ heels who have launched these profitable operations of Western hostages kidnapping.
Because, they are fully conscious that, without arms without money, their force would remain very limited. This is what the Director of the Observatory of Geopolitical Studies (OEG) in Paris, Charles Saint-Prot has tried to explain by stating that the Polisario, like Al Qaida in the Islamic Maghreb, is the main factor of disorder and destabilization in the Maghrebian and Saheli regions. In a declaration, on Saturday, to the Medi 1 Radio, Saint-Prot specifies that the kidnapping of the three European humanitarians, on the last 23rd October in Tindouf camps, “shows that not only the separatist affair against Morocco has no more meaning, but that it is time to put the necessary pressure on the Polisario sponsor to put an end to this adventure”.

This kidnapping, he has supported, shows also that « Algeria and the Polisario are not able to ensure the security of the persons in Tindouf camps and the area they control » in the Algerian desert. The return of the Polisario and Algerian mercenaries from the Libyan territories, he has added, “would constitute again a factor of disorder and destabilization in the regions of the Maghreb and the Sahel”. The kidnapping of the two Spanish humanitarians, Ainhoa Fernandez and Enric Gonyalons and the Italian one, Rosella Urru, in the highly controlled camp of Rabouni, hosting the general headquarters, are still alive according to information coming from the Sahel. The kidnapping attributed by the Polisario to AQMI, has not yet been claimed one week after that. The National Intelligence Centre (the Spanish CNI) thinks that the three Western humanitarian people were “sold” to Mokhtar Belmokhtar, one of the emirs of the AQMI network operating in the North of Mali. The specialists in the issues of terrorism are expecting new surprising revelations in this kidnapping affair which has not yet revealed all its secrets.