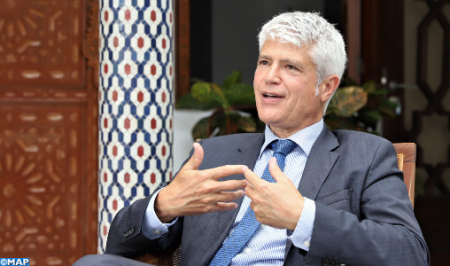 Morocco has made “serious and credible efforts” to resolve the conflict over the Moroccan Sahara, the Swiss ambassador in Rabat Guillaume Scheurer said. “We take note of the serious and credible efforts that Morocco has made over the years, including the Autonomy Initiative which fits perfectly into this framework,” the diplomat said in an interview to M24, the 24/7 news channel of the Moroccan News Agency (MAP). Switzerland is a country with a long history of good offices and promotion of peace, he noted, saying that its position is defined by certain principles, the first of which is the centrality of the United Nations. Round-table meetings were held in Geneva as part of the UN framework, he recalled, stressing the readiness of his country “to ensure the continuation of the discussion processes between all parties concerned.”