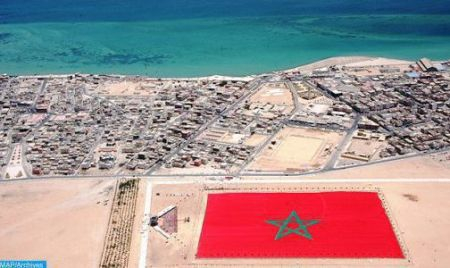 The Honduras-Morocco Parliamentary Friendship Group hailed, Wednesday in Tegucigalpa (Honduras), the “unequivocal success” of Moroccan diplomacy in defending the territorial integrity of the Kingdom in the two Americas. The recognition by the United States of the full sovereignty of Morocco over its Sahara was “a correct and timely decision,” said the Honduras-Morocco Parliamentary Friendship Group in a statement received Thursday by MAP, saying that “powers within the European Union (EU) should do the same”. The Parliamentary Group expressed its “full support” to Morocco in the defense of its territorial integrity, especially in Latin American countries. “It is a concrete and real fact that Moroccan diplomacy has engaged in a more dynamic battle to defend the Sahara issue in Latin America, where the Moroccan position has gained our attention and solidarity,” the document said, estimating that “Morocco is gaining ground in Latin America in its battle for the Moroccan Sahara and maintaining a realistic and firm position on this issue”. Emphasizing the strengthening of the diplomatic presence of Latin American countries in Morocco, the parliamentary group welcomed the fact that countries such as El Salvador or Bolivia have withdrawn their recognition of the pseudo “rasd”.