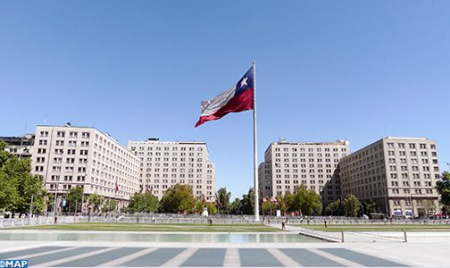 The Chilean Chamber of Deputies expressed “its support and appreciation” of Morocco’s efforts in the field of migration. In a letter addressed to the Speaker of the House of Representatives Habib El Malki, the President of the Chamber of Deputies Diego Paulsen and several former presidents and deputies expressed their support and appreciation for the Kingdom’s efforts in the field of migration and welcomed the decision of HM King Mohammed VI to facilitate the return of all unaccompanied Moroccan minors who are in an illegal situation in some countries of the European Union. “It is not a mere coincidence when Heads of States and Government at the AU-EU joint summit, held in Abidjan in 2017, chose HM King Mohammed VI as a leader in charge of the migration issue in Africa. Neither is it a coincidence that Morocco hosts the African Migration Observatory,” they stressed. “Morocco’s role in counterterrorism, human trafficking, and illegal immigration can not be denied,” they said, highlighting the contribution of the Kingdom to the security and stability of its neighbors in the European Union. They also welcomed Morocco’s efforts and cooperation in the field of migration, “which has led to foiling more than 14,000 illegal immigration attempts since 2017, the dismantling of 5,000 trafficking networks, the assistance of more than 80,500 migrants at sea, and the prevention of an unlimited number of attempts of aggression.” Members of the Chamber of Deputies, in their capacity as legislators in the Parliament, expressed their rejection of “any decision or attempt to underestimate or ignore the enormous efforts made by Morocco in the field of migration. “Instrumentalizing the European Parliament in a purely bilateral issue between Morocco and Spain does not contribute to finding solutions but rather exacerbates tensions. We believe that this behavior weakens cooperation, which could be better if there is a greater willingness to value the role of Morocco as a neighboring country, and in this sense, efforts are intensified to ensure more peace and stability in the region,” they wrote.