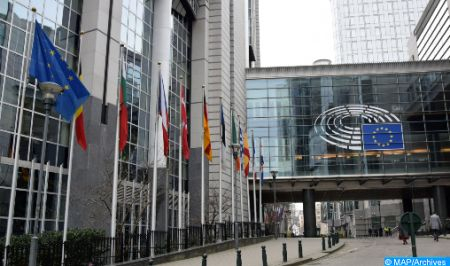 The resolution adopted in the European Parliament on Morocco is “a text full of untruths with regard to the Kingdom, an important partner of the European Union”, affirmed Rodrigue Yvon Sialo Ngboda, Central African deputy and general rapporteur of the young Central African parliamentarians network, stressing that “it is in reality a maneuver aimed at diverting attention from the Moroccan-Spanish political crisis to turn it into a Moroccan-European crisis”. Expressing his “disappointment” and his “rejection” of the resolution, which was adopted by a very small majority, Sialo Ngboda, who is also the first member of the Bureau of the National Assembly and President of the Morocco-CAR friendship group, said in a statement in reaction to the EP resolution adopted on June 10, regretting that a “bilateral crisis between two neighboring countries is instrumentalized to make it a multilateral crisis”. “This is, in fact, a maneuver aimed at diverting attention from the Moroccan-Spanish political crisis and turning it into a Moroccan-European crisis,” he noted. Moreover, the reference to migration and the rights of minors, arguments raised by a party to the crisis and those who support it, is in fact inappropriate, said the deputy, arguing that “the Kingdom of Morocco is known and recognized for its perfect management of immigration”. “This is why our feeling is that Morocco is doing everything to ensure the protection of the rights of migrants, security as well as the stability and development of the Euro-African area,” he noted. The Central African parliamentarian indicated that “it is in this spirit that we welcome the decision taken by His Majesty King Mohammed VI, for the return to Morocco of unaccompanied Moroccan minors, who illegally entered the European area”.