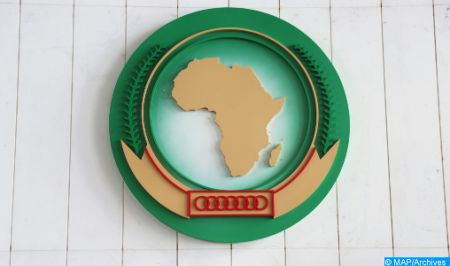 The adherence of the fake “sadr” to the Organization of African Unity (OAU) is a “historical anomaly” that the African Union (AU) must correct , said member of the National Assembly of Cape Verde Hélio Sanches. “This is a historical anomaly inherited from the OAU and which discredits the African Union in its constitutive act stipulating that it must bring together independent and sovereign states,” he told MAP, in on the sidelines of a sub-regional seminar organized on Wednesday in Dakar by the Pan-African Strategy Institute (IPS), a Senegalese Think Tank, on the theme “Thinking about the Sahara issue and promoting innovative solutions”. It is a “historical error” because the “sadr” is not a state entity, he explained, adding that legally, a state must have three constitutive elements: the territory, the population and a power to be exercised, “whereas the sadr has none of these elements just as it has no authority to assert”. This is to say that this membership “violated the charter of this Organization in the same way as it flouted international law”, he said. Morocco had taken the “wise” decision to leave the Organization because it “was not possible to coexist in a continental block with an entity which is not a State and which, in addition, claims part of the Moroccan territory”. Now, it is time to correct this historical anomaly by recognizing that indeed, this organization has committed a historical and legal error because Morocco has always had a link of sovereignty with the Sahara as proven by the International Court of Justice which confirmed the historical links of the Kingdom with the Sahara whose populations pledged allegiance to the Sultans of Morocco, he said. According to the Cape Verdean deputy, correcting is also “to find a solution in which the African Union, which succeeded the OAU, can help the United Nations in finding a lasting and definitive settlement to the issue”. “The expulsion of the sadr from the AU would contribute to the settlement of the Sahara issue, especially since Morocco has presented a proposal for extensive autonomy that the UN describes as serious, credible and realistic,” he concluded.