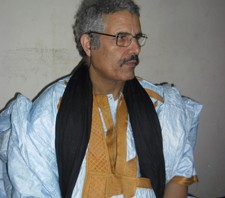 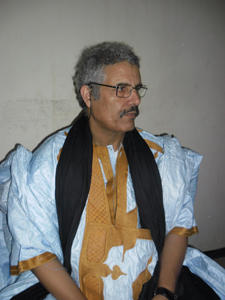 The Polisario leaders who were elected by a large majority at the 13th Congress of their movement at Tifariti, are trapped by their internal opponents as well as those settling abroad. The present Polisario leadership reflects “the state of mind of a Mafioso dictatorship commanding since always and refusing any change”, has commented the coordinator of the “Khat Echahid” (the martyr line)  movement, Mahjoub Ould Saleck. At the end of this meeting, the Polisario dissident in Nouakchott, Ould Saleck has qualified of “ridiculous” the results of the 13th Congress of the Polisario which has taken place in last December and which has witnessed the “re-election of Mohamed Ould Abdelaziz with 96,99% of the votes of the conference delegates”. The opponent whose worlds were reported Wednesday by the newspaper “Le quotidien de Nouakchott” , has explained that the results of this congress “denote of the stubbornness of few leaders whose management of the Sahrawi issue remains obscene, using the populations in the camps as a money for exchange”. “It is as if this mafia was not of this world with all the political upheavals which happened with the Arab spring”, he declared, stating that the Sahrawi populations in Tindouf camps “are disillusioned by so much political thoughtlessness”.

The Coordinator of “Khatt Echahid” has besides, qualified of illegitimate and irregular the holding of this Congress which, he said, does not respond to any criteria of transparency and democracy. The “election committee” was composed essentially of persons  in the pay of the outgoing leaders, at their head Mohamed Abdelaziz. After having been released in 2003 from his prison in Tindouf camps, Ould Saleck who is living at present in Spain, has founded an organization opposing the Polisario front policy, called “khatt Echahid”. To get Khadija Hamdi, the spouse of Mohamed Abdelaziz get elected, the committee “has let three women scrap through to make a good impression, but all this is but to impress “ has explained Ould Salek who assisted lately in Nouakchott, to a meeting of coordination of the Sahrawi opposition. The latter has regrouped many opponents and movements from Europe, Tindouf, Spain, besides the representatives of the Sahrawis present on the Mauritanian land. The present Polisario leadership “contents itself of being nowhere to make its dividends” has stated the opponent Ould Saleck, ensuring that the Sahrawi issue “is out of their hands and it is tackled by the present leaders following the Algerian distorted view and agenda”. The way out to the Sahara conflict, he concluded, would come only from “a rapprochement between Morocco and Algeria for a consensual solution”.