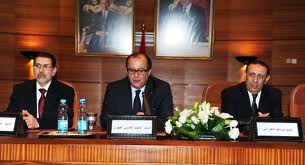 New faces are expected at the 9th round of informal negotiations on the Sahara, announced for the beginning of February in Manhasset (United States). Even if the exact date is not yet revealed, the Moroccan delegation, with the last political changes following on the anticipated legislative elections of last November, would be led by the new Foreign Affairs Minister, the PJDst Saâd Eddine El Othmani.  Resuming of negotiations was announced yesterday Tuesday in New-York, by the UN vice-spokesman, Vannina Maestracci. Without going into details, she has declared “the next series of informal negotiations would take place beginning of February in the Greentree property, in the outskirts of New York”. On the Moroccan side, there are some changes, on the one hand, the government, with its new leadership after the election of November 2011, and on the other hand, there is also the nomination as Adviser to the King of Saâd Eddine El Othmani’s predecessor, Taieb Fassi Fihri, who used to preside over the Moroccan delegation during the previous rounds.

Besides, Fassi Fihri, this delegation contained also Mohamed Yassine Mansouri, Director General of Studies and Documentation Department (DGED) and Maouelainin Khalihanna Maouelainin, Secretary General of the Royal Advisory Council for Saharan Affairs. After the nomination of another government constituted of five technocrats and 25 politicians from four political parties (PJD, Istiqlal, PPS and MP), the question is who will take part of this delegation? Experienced observers do not exclude the presence of Fassi Fihri who has become, with time, a fine judge of the Sahara file, besides his overfull address book as he has worked for a long time in the diplomatic department.
Moreover, thanks to his new title as Adviser to the King Mohammed VI, the observers believe that Fihri would give more strength, credibility and decision-making liberty to the future delegation. The question remains in the way the other delegations would react (Algerian, Mauritanian and the Polisario Front) to these changes.