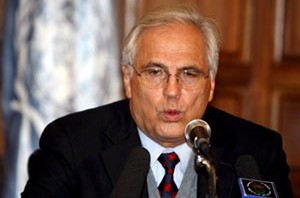 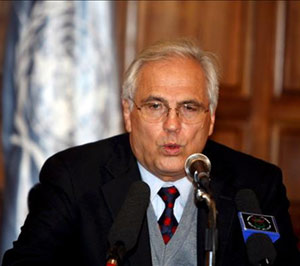 The absence of a quick political settlement to the Western Sahara conflict increases the risk of a military escalation in the whole region of the Sahel Sahara. This is the statement made last Tuesday by the personal envoy of the UN Secretary General, Christopher Ross. In an interview with the United Nations TV, Christopher Ross has warned that the absence of a political solution may lead to a “resumption of military hostilities between the parties” in the conflict. The statut quo may conduct, according to Ross, to a “possible revolt of the Sahrawi populations” in Tindouf camps, increasing thus the risk of “recruitment of young frustrated and jobless Sahrawis, by terrorists or criminal groups”.
The solution to the Sahara issue has an « urgent aspect », has he insisted, stating that it is “unacceptable that the Sahrawi refugees be taken as hostages and live in miserable conditions because of a political conflict which main concerned parties are engaged in an endless struggle at all levels”. Christopher Ross who has visited many times Tindouf refugees camps, in the South-West of Algeria, has stated that “few things have changed” since 1970. This conflict has too much lasted, supports the UN official, reminding that each of the two parties continues sticking to its position while the Security Council “encourages the parties to negotiate while abstaining from imposing a solution”.

Christopher Ross has also warned against the risk of a “military escalation and an increasing of terrorist and criminal activities” in the whole region of the Sahel-Sahara. The informal negotiations about the future of the Sahara should be resumed, during the month of February, in Manhasset (next to New-York), under the UN aegis.