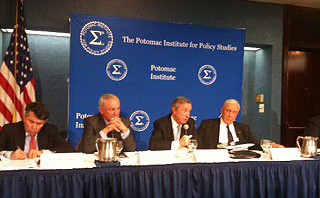 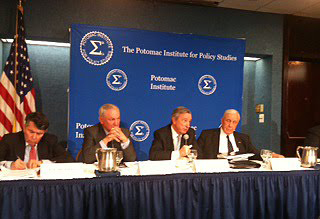 The Americans being more and more afraid of terrorist acts, have designs on all the suspected zones. A think tank based in Washington has just launched an urgent call for the closing of the Tindouf refugees’ camps controlled by the Polisario front separatists in the South-West of the Algerian desert near the Sahel. In a report on terrorism published on Thursday, Yongh Alexander, Director of the international Centre for studies on terrorism, reporting to the Potomac Institute, states that these camps have become “a flabby belly of the anti-terrorist struggle in a geographical set spreading from the Arab Maghreb to the Sahel region”.
“Tindouf camps have become, under the domination of the Polisario militia, a fertile ground for recruiters of the terrorist networks, traffickers of all kinds and criminal band, thus, the requirement of their closing”, states the report entitled : “terrorism in North Africa, from the West and in the Central Africa: from September 11th to the Arab Spring”.

The American expert, Yonah Alexander who has just paid a visit to the South of Morocco, states to have noticed, during his stay in Dakhla, the opportunities offered to the persons, who were lucky to be away from Tindouf camps, to become productive citizens.
Alexander who was presenting his report during a conference, held at the National Press Club of Washington, under the theme: “International cooperation for the anti-terrorist struggle”, reminds, furthermore, that last year, the reports of some Western intelligence services and the arrest of Polisario Sahrawis who are deep inside terrorism, have confirmed the existence of clear links between Aqmi, South-American drug cartels and the Polisario. As a proof, he mentions the kidnapping in October 2011, of three Western aid-workers, inside Tindouf.