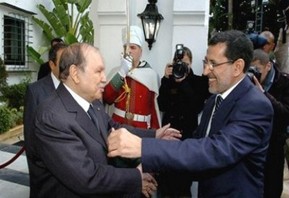 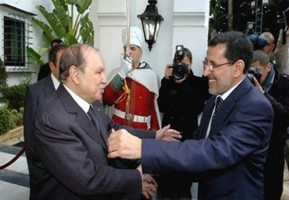 Sessions of informal negotiations on the Western Sahara conflict are following each other but the early beginnings of a final settlement take time to happen. A 9th round of these negotiations which take place as usual, under the aegis of the United Nations, is planned, as was announced this Saturday, by Saad-Eddine El Othmani, from 11 to 13 March in Manhasset, in the suburbs of New York.
The last session of negotiations on the dispute about the Sahara opposing Morocco to the Separatists of the Polisario who, supported with the Algerian authority, continue holding on to the unique option of the self-determination referendum, took place in July 2011, in the presence of delegations from Morocco, Polisario, Algeria and Mauritania as an observer country. To resolve peacefully this territorial conflict, Morocco proposes since many years a large autonomy for its Southern disputed provinces, but in front of the stubbornness of the opposing side, all the negotiations started till this date, have ended with a failure.

Unlike the previous rounds, the Moroccan delegation which was led by a technocrat, close to the palace, would be presided in this round by Saad Eddine El Othmani, a politician from the Justice and Development Party, the great winner of the legislative elections of last 25th November and which Secretary General, Abdelilah Benkirane is the present chief of the Government.
Can the new chief of the Moroccan diplomacy, who has recently paid a visit to Algiers to make the Morocco-Algerian relationships get warmer and to launch the project of the Arab Maghreb Union and whose presence in the last African Summit, which took place en of January in Addis-Abeba, in Ethiopia, was so much noticed, bring up to date the old Sahara issue and extricate it from its lethargic phase?