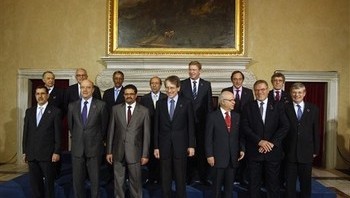 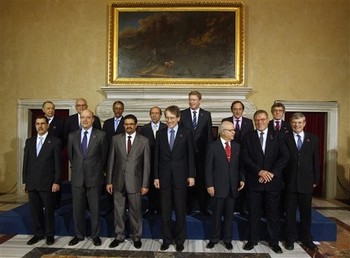 A bargaining point about the territorial integrity of Morocco. The new chief of diplomacy is firm about it and he has just reaffirmed it this Thursday on the fringe of his first official visit to London. The Territorial integrity of the Kingdom should not be the subject of any bargaining, has declared the Foreign Affairs and Cooperation Minister, Saad-Eddine Al Othmani. Morocco, he has explained, is convinced that its rights, sovereignty and territorial integrity should not be the subject of any bargaining.
While continuing to defend with force this clear position and starting from its attachment to the principle of good faith, Morocco, he has reminded, has started the negotiation in conformity with its willingness to find a final solution to the artificial conflict created around its territorial integrity.

“We have shown a high degree of good faith since the starting of these negotiations », has stated El Othmani. The autonomy initiative presented by Morocco to close this file, he said, remains the better solution to the Sahara issue and would be the base for any discussion.
Concerning the 9th round of informal negotiations on the Sahara, planned from 11 to 13 March in Manhasset (in the suburb of New York), he specified that this new round should concern the issues related to trust measures, namely the exchange of family visits and the organization of meetings with a cultural aspect, between the citizens of the Southern provinces and the Sahrawis in Tindouf camps (South-West of Algeria).
Such meetings which do not have any political aspect, he assured, constitute a humanitarian gesture towards the persons living in Tindouf camps. The Foreign Affairs Minister has on the opposite, insisted on the necessity to organize a neutral census of the population living in Tindouf camps, in conformity with defined professional norms by the specialized international bodies. “It concerns a humanitarian issue which has no political aspect” has underlined Saad Eddine El Othmani while deploring the Polisario and Algier’s authority’s refusal to authorize such a census.