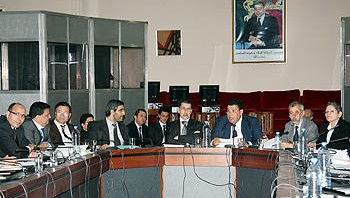 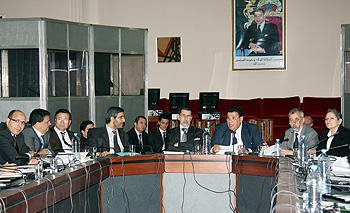 The national sovereignty and territorial integrity are the red line in the process of Western Sahara conflict settlement. Morocco, occupying at present the position of non permanent member of the  UN Security Council remains the unique plateforme for negotiations on the Sahara question, has stated the Foreign Affairs Minister, Saâd Dine El Othmani.
Contrary to the referendum option to which sticks the other party and which has become null and void since 1999, the Moroccan initiative’s strength resides in its conformity with the international norms and the international rights, has explained the Minister who was presenting on last Friday the draft budget of his department for the financial year 2012, in front of the Foreign Affairs Committee at the House of Representatives. In this statement made few days after the 9th round of informal negotiations in Manhasset, he reminds at this purpose that since 2007, Morocco has achieved a noticeable breakthrough thanks to the Moroccan autonomy proposal which has acquired the support of the international community, describing it of being  “a realistic, serious and credible one”.

The Moroccan diplomacy, he added, intends to continue its actions in favour of the withdrawal of the recognition of the said Sahrawi republic “SADR” and its diplomatic isolation, reminding that in ten years , the number of the states having withdrawn their recognition of the Sahrawi entity, has reached 34 countries among which 10 only in Africa and as much as that in Latin America and the Caraïbes.
The Chief of the Moroccan diplomacy has even insisted on the necessity to associate the representatives of the Sahrawi populations in the Southern provinces to the negotiations led by the UNO and thus to put an end to the idea imposed by the Polisario of being the unique legitimate representative of the Sahrawis.
On the humanitarian level, the Minister has underlined the will of his department  to help the UHC in achieving the census of the populations in Tindouf camps so as to guarantee their humanitarian right for international legal  protection.