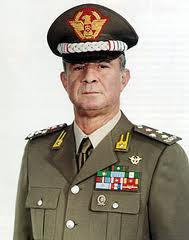 The young idle Sahrawis are at their wits’ end. The populations in Tindouf camps live these last times, a real tragedy with devastating impacts on the stability of the whole North African region, we have read in the Italian daily newspaper “Il Forglio” in its edition of Saturday, in which was mentioned the “serious poor conditions” prevailing in Tindouf camps in the South-West of Algeria and the absence of any future prospects whether on the political or economic level for the populations of Sahrawi refugees. The daily mentions the “degree of unhappiness never reached before”. These camps, according to the journalist Pio Pompa, a specialist in the defense issues, are undergoing “the most serious humanitarian crisis that ever happened in the last years”. Mentioning, moreover, Mahjou Salek, former Polisario leader and founder of the dissident movement “khatt Achahid” (the line of the martyr), the El Foglio journalist states that it concerns a group of drug traffickers composed of Touaregs, Sahrawis and Malians who should be involved in the kidnapping of the Italian Rossella Urru, with the two other Western citizens, in last October, in Rabbouni camp, near Tindouf. The newspaper warns the international community against the increasing terrorist danger threatening the whole Maghreb and Sahel region.

In its article entitled “the Polisario Front, a new centre for qaidist recruitment in Africa”, Pio Pompa recalls the attempts of Al-Qaida network in the Islamic Maghreb (Aqmi) to enlarge its field of action. Taking benefit from the present situation, he writes, Aqmi continues its action by recruiting hundreds of young Sahrawis among “those who have themselves tried to oppose vainly the dictatorship” of Mohamed Abdelaziz, Polisario chief. The newspaper invites the international community and the international bodies and humanitarian NGOs to “evaluate what’s happening in the immense region of the Sahara” to grasp the role played by the Polisario in this area “henceforth, transformed into a crossroads of affairs consisting of a blooming drug and arms traffic in which the Aqmi cluster gets perfectly integrated”. Taking into consideration the report published recently by the think tank “Carnegie Endowment”, the journalist, whose article has been published by the Italian Defense Ministry, underlines that the “areas adjacent to the South of Algeria are henceforth out of control and are on their way to be transformed into a big hub for drug traffic, smuggling and the circulation of arms”. This large desert zone, states the journalist, is a sensitive region, where Aqmi is extending its own influence.