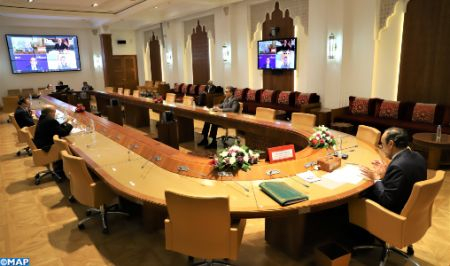 “Morocco is a beacon of stability in the region”, as it entrenches security and peace, and plays a major role in the fight against terrorism and extremism, said Wednesday, speaker of the British House of Commons, Lindsay Hoyle. During his talks by video conference with speaker of the House of Representatives, Habib El Malki, Hoyle highlighted the cooperation between the two countries in the fight against terrorism and the establishment of security and stability, noting that the accession of youth and women to the democratic process is one of the most important challenges faced by democratic societies. According to a statement by the House of Representatives, Hoyle reviewed the promising prospects for cooperation between the two countries, highlighting the importance of strengthening exchanges in the agricultural field, where “Morocco can meet British needs,” as well as opportunities in the tourism and economic sectors, among others. “We have much in common, Morocco and Britain reinforce and need each other,” he said. For his part, El Malki stressed the willingness of the House to strengthen the parliamentary dimension in the relations of the two kingdoms under the leadership of His Majesty King Mohammed VI and Queen Elizabeth II. El Malki also underlined that both countries share the values of freedom, tolerance, moderation and diversity and face the same challenges related to security, migration, climate imbalances and health… The exit of Great Britain from the European Union represents a real opportunity to develop relations between the two countries, he said, calling for exploiting the opportunities offered and encouraging British investment in Morocco, especially since the two countries have “two complementary economies”. On this occasion, El Malki gave an overview of the artificial conflict over the Moroccan Sahara and the efforts made by the Kingdom to close this matter, which is part of the “Cold War era”, recalling the autonomy plan presented by Morocco, which has been widely welcomed by the international community and the United Nations.