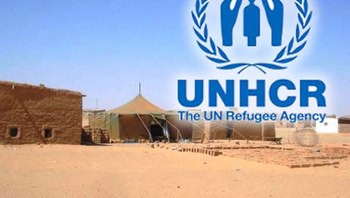 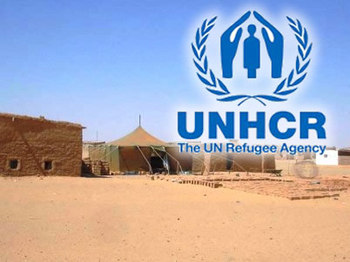 Suspicion has become the rule for the civil servants of UN agencies working in the Sahrawi refugees’ camps in Tindouf. The alert has reached the maximum degree since the date of the last programme of family visits exchange between Laayoune and Tindouf from 8 to 15 April, according to exclusive information which “Sahara News” succeeded to get to. In fact, during this period, an individual pretending to be from the secret services of the Polisario has reached, in a mysterious  and worrying way, the HQ of the UNHCR settled in a hotel in the camp called “Laâiun”. The details of this incident were given by an influential member of the MINURSO mission to “Sahara News” in an unpublished Tindouf correspondence. This executive has thus stated that, while the MINURSO agent in charge of assisting the HCR staff was on duty during the night, he was surprised with the presence of an unknown person who entered surreptitiously in the HCR headquarters.  He questioned the intruder and “asked him politely about his identity and he answered to be from the secret Sahrawi services”.

“I asked him what have the Sahrawi secret services to do with the HCR”. Suddenly, he tossed his head and left the hotel in a hurry”. After making a crosschecking of the intruder’s sayings with the guards of the hotel and the UN mission’s civil servants, the team has quickly understood that it concerns certainly someone who has come to check the situation and prepare the field for an imminent kidnapping among the HCR members. As soon as it was alerted, the Polisario Police was on the track of the intruder to catch him.  A large chase was given to him in the camps to find those who are responsible of this kidnapping attempt that felled through thanks to the vigilance of the HCR staff, has entrusted our anonymous source to “Sahara News”. Many suspected persons have been arrested and questioned by the Polisario security services, but the intruder was still out of reach according to the last news. According to many  sources in agreement, a Spanish freelance journalist, who was in the camps at that time and who was informed about the incident, was convinced in return of a financial compensation,  not to spread the affair, which happens at the worst moment for the Polisario front. In fact, while the international condemnations continue about the separatist declaration of Azawad in the North of Mali, it becomes difficult for the Polisario to find new support to its separatist struggle against Morocco, and the Malian experience seems to confirm for the international important powers that the possible Sahara balkanization represents an extremely serious risk in terms of security. It is not the first incident of which the staff of the UN specialized agencies in Tindouf camps, becomes victim. Already in 2010, an HCR civil servant, moreover, of an Algerian nationality, Rahmouna Dahousse, was victim of a collective rape committed not far from her residence, by three non identified individuals. At that time, the relations between the HCR and the Polisario were getting serious because of a misunderstanding about the number of refugees, who for the UN organization were about 90 000 while the second party mentioned the double of this population. During the same year, three Western humanitarians were kidnapped in Rabouni camp, the MINURSO phone equipments were devastated as well as the IT equipments  and an important sum of money stolen from the HCR headquarters near Rabouni. In order to guard against any contingency, the UN agencies have reinforced their security device and given strict instructions to their staff to be very prudent.