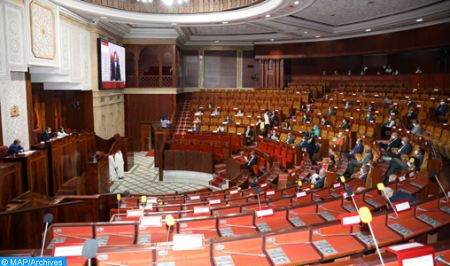 The Moroccan-Portuguese Parliamentary Friendship Group in the House of Representatives held, recently, a meeting by videoconference, with president of the Portuguese-Moroccan Parliamentary Friendship Group in the Assembly of the Portuguese Republic, Luis Leite Ramos, focused on the development of cooperation and partnership between the two institutions and the two countries. This meeting, which took place notably in the presence of Said Chbaatou, president of the Morocco-Portugal Parliamentary Friendship Group, also raised the crisis between Morocco and Spain, said a statement by the lower house. On this occasion, Chbaatou welcomed the initiative to consolidate cooperation between Morocco and Portugal in the economic and cultural fields, added the same source, highlighting the excellent level of Moroccan-Portuguese relations and the distinguished neighborhood ties uniting the two countries. In this regard, he called for raising the level of cooperation and consultation between the Moroccan and Portuguese legislative institutions in accordance with the provisions of the Memorandum of Understanding signed by speaker of the House of Representatives, Habib El Malki and his Portuguese counterpart in 2018, and establishing a bilateral parliamentary forum following the Moroccan experience conducted with other friendly countries. Chbaatou also referred to the recent resolution of the European Parliament (EP) which he described as “unfair” against Morocco, especially after the involvement of the EP in a bilateral crisis in which Spain assumes political and legal responsibility because of the fraudulent access to its territory of an individual prosecuted by the Spanish judiciary and this, through the exploitation of the issue of migration and the instrumentalization of this human tragedy in political bids. He said that the politicization and internationalization of this case is a maneuver to divert attention from a political crisis between Morocco and Spain and a vain attempt to Europeanize a bilateral crisis whose genesis is known to all. Chbaatou also highlighted the firm commitment of HM King Mohammed VI to make the partnership and the values of good neighborliness with the European partner a priority of the foreign policy of the Kingdom, especially with regard to migration and security issues, saying that Morocco has adopted a different approach to this issue which takes into account the African dimension of the Kingdom. For his part, Leite Ramos reviewed the efforts made to raise the level of relations between the two countries, highlighting the activities of the Portugal-Morocco Friendship Group and the meetings he held with parties and economic and trade partners to discuss ways to facilitate and promote investment in both countries and encourage scientific research. The Portuguese official also expressed the solidarity of all components of the Portugal-Morocco Parliamentary Friendship Group with Morocco at this time marked by the crisis triggered by Spain.