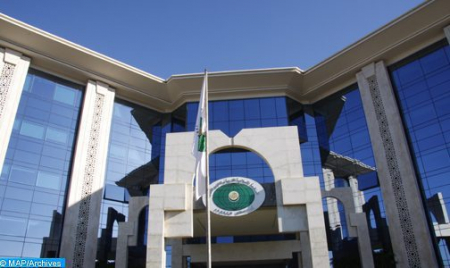 The Islamic World Educational, Scientific, and Cultural Organization (ICESCO) has approved funding for a set of projects for the benefit of the State of Palestine, which will be implemented in the second half of 2021, in partnership with the Palestinian National Commission for Education, Culture, and Science. The 9 projects covering the Organization’s action areas in education, science and culture will benefit all Palestinian geographical locations in northern and southern governorates as well as rural communities while prioritizing and paying special attention to Al-Quds Al-Sharif, which is being subjected to all forms of systematic violations and attacks by Israeli Occupation, ICESCO said Monday in a release. Dr. Salim M. AlMalik, ICESCO Director-General, underscored the Organization’s commitment to supporting the sectors of education, culture and science in Palestine, noting that ICESCO’s contribution to such projects is in support of the Palestinian cause in light of the fierce violations committed against Palestinians, especially the recurrent violations targeting Al-Quds Al-Sharif, including Al-Aqsa Mosque, Church of the Holy Sepulcher, as well as the forced expulsion of Palestinians from their homes in Sheikh Jarrah as in other regions of Al-Quds. Dr. Ali Zeidan Abu Zuhri, Head of the Palestinian National Commission for Education, Culture and Science, member of the Executive Committee of the Palestine Liberation Organization, thanked ICESCO Director-General for the Organization’s prompt approval of the Palestinian project proposals for 2021, which were the product of joint efforts and coordination with official partners, including ministries, government institutions, and competent civil society institutions. Besides, Dr. Abu Zuhri underlined the importance of working in coordination with competent partners for the project and program implementation, which focus on ICESCO’s main areas of action, catering to people with special needs, media development, women empowerment, artificial intelligence and technical education, music therapy and supporting rural communities. He also praised ICESCO’s initiative for increasing the number of scholarships awarded to Palestinian university students. Dr. Abu Zuhri stated that operating under the umbrella of ICESCO provides Palestine with a valuable opportunity to develop programs and projects in line with the Organization’s priorities, orientations, and national priorities in light of the current challenging circumstances. He added that obtaining the maximum funding that the Organization may allocate to its State Members bears witness to the high level of professionalism, partnership, and coordination in preparing program and project files, which was carried out through National Commission teams, in cooperation with relevant national partner institutions, including government and civil society organizations.