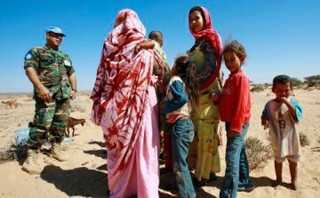 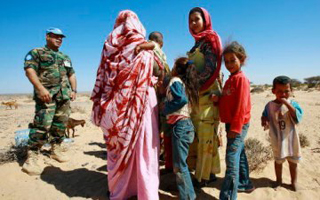 Since the Security Council called, in its latest resolution on the Western Sahara, the High commissioner for Refugees to launch the Sahrawi refugees census procedure, the Polisario leaders, pressured by the officers of the Algerian military intelligence service (DRS), try to take any grist to their mill. As usual they are giving free rein to their overflowing imagination.
This time, the leader of the Polisario Mohamed Abdelaziz and his right-hand men had, with the blessing and approval of the DRS, the bright idea to send to the Tindouf refugee camps people from Southern Algeria, Mauritania and Northern Mali, to inflate the numbers and present them to the UNHCR census teams as genuine Western Sahara natives, a supporter of the Sahara autonomy, settled in the Hassi Rabouni camp, told Sahara News.
Out of concern to avoid clashes or confrontations between the genuine and the fake Sahrawi refugees, the Polisario leadership asked Algerian authorities to authorize the creation of new camps near the Western Sahara, the same source told Sahara news over the phone.

Thousands of fake ID cards have already been printed awaiting to be distributed to the new comers, the same source said adding that the Polisario leadership try to lure the would-be refugees and convince them to settle down in the new refugee camps during the census operation with promises to give them enticing monthly allowances on the only condition to hold the lips sealed on the deal.
The new maneuver jointly hatched by the Polisario and the DRS has nevertheless triggered some dissensions among the Sahrawi  leaders. Mohamed Khaddad, the polisario official in charge of relations with the MINURSO, expressed fears that the scheme be uncovered by the HCR or disclosed by Polisario opponents living in the Tindouf camps.
The involvement of senior Polisario officials in the kidnapping from the Tindouf camps of three Western humanitarian workers (two Spanish and an Italian), in October 2011, in connivance with terrorist groups tied to AQIM, and the dispatching of Sahrawi fighters to support forces loyal to Kaddafi are still in the minds and raised by international media and humanitarian organizations.
To foil the Polisario scheme, observers do not exclude the possibility for the UNHCR to resort to Chioukhs (heads of tribes) of the Western Sahara to help them identify any person raising doubts as to her of his origin before the census.