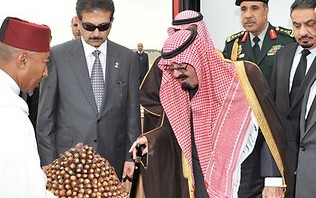 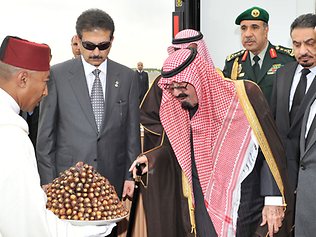 The Polisario is in the midst of a storm after all the hopes he pinned on the change of power in Spain and France, with the victory of the Popular Party and the Socialist Party, faded away. The Polisario’s wishes and dreams actually shattered when the head of the Spanish government, Marino Rajoy, and the French president, François Hollande renewed support for the Moroccan Autonomy plan.
The Polisario leadership, headed by the immovable Mohamed Abdelaziz, is now looking for other lifebuoys. Abdelaziz recently resorted to king Abdallah Ben Abdelaziz of Saudi Arabia to ask him to intervene with Morocco to end the longstanding Western Sahara conflict and to provide assistance to the Sahrawi refugees in Tindouf. “As the negotiation process has been frozen and reached a deadlock after Morocco turned down the mediation of Christopher Ross, the personal envoy of the UN secretary General, I request your Majesty to ask His Majesty King Mohamed VI to end the conflict”, said the Polisario leader in a letter he sent over the weekend to the Saudi sovereign.

The Polisario’s appeal for help came after Morocco announced its decision to withdraw confidence from Christopher Ross for his partiality and his biased stands in favor of Morocco’s opponents.
Meanwhile, Morocco is pursuing its diplomatic offensive to find a way of breaking the deadlock on this issue.
During an internal meeting of the General Secretariat of the “Parti Justice et Développement” (PJD) last Saturday in Bouznika, near Casablanca, Foreign Minister Saad Edine Otmani made a presentation on the latest developments of the Sahara issue. He revealed that preparations for a meeting with the separatists living in the Moroccan southern provinces, among whom activist Aminatou Haidar, were  underway in coordination with the Minurso.
According to sources close to the PJD, Saad Edine Otmani is also projecting to meet US Secretary of State, Hillary Clinton, shortly in Istanbul, Turkey, to review Christopher Ross’s case. Things would be heading towards a change of the American position on this matter, in the trail of the large debates prompted by Morocco’s decision to withdraw its confidence from the personal envoy of the UN Secretary General for the Sahara.